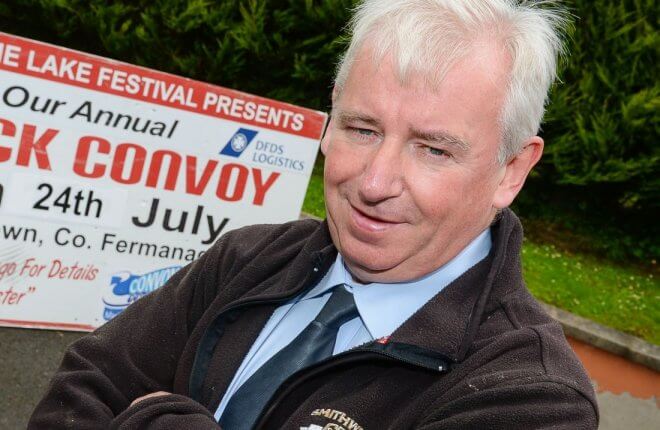 A SCOUT leader, a well-known hotelier and veteran doctors are among the Fermanagh folk honoured in Queen Elizabeth’s Birthday Honours announced this week.
Well-known Irvinestown hotel owner Joe Mahon was among those included in the list, picking up a British Empire Medal (BEM) in recognition for his services to charity and cross community relations in the county.
“I was surprised surely,” said Joe, adding he had no idea he was getting it or who nominated him. “Never expected this. It was an honour to get it, it’s nice to be recognised I suppose.”
Joe, who has been involved with the Lady of the Lake Festival for the past 30 years, said he believed last year’s tractor run during the festival, which raised funds for the Marie Curie cancer charity, may have been the reason he was given the medal.
Other locals recognised in the list included cardiologist Prof Mahendra Varma, who recently retired from the South West Acute Hospital, has been awarded an Order of the British Empire (OBE) for his services to health care.
Mr Varma said he was delighted to received the award:  “I accept it on behalf of myself and my colleagues. I am particularly indebted to the team of nurses who worked with me over more than a 30 year period. All the change and innovation which have been achieved would not have been possible without their unswerving commitment and support.”
Recently retired executive director of nursing, and director of primary care and older people’s services at the Western Trust, Alan Corry Finn, has always been awarded an OBE.
Meanwhile, local man Maurice Lee has been made a Members of the Order of the British Empire (MBE) for his services to scouting in Fermanagh. Mr Lee was the founding member of Magheraculmoney Scout Group in Kesh and has held various high positions in from Fermanagh County Commissioner to Fermanagh Scout President and International Commissioner.
Priscilla Lyons Gamble, who has been given a British Empire Medal (BEM) for her voluntary service to the community in Fermanagh.