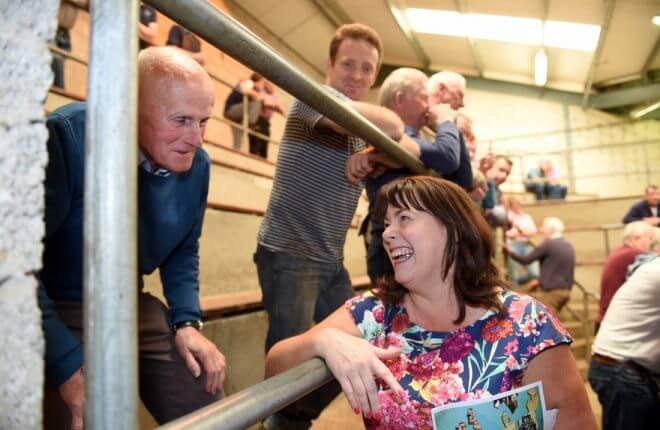 SINN Fein Westminster candidate Michelle Gildernew says it’s very much a two horse race between herself and Tom Elliott as she seeks to unseat the UUP man in next Thursday’s Westminster election.
Despite five candidates in the race, Ms Gildernew believes she and Mr Elliott are the only two people who can win the seat in Fermanagh and South Tyrone.
While the bookies may be backing Sinn Fein as the slight favourites, both candidates know they are on a knife-edge as to who will claim this crucial seat. Two years ago Ms Gildernew’s 14-year tenure as the constituency’s MP came to an end by 530 votes in what was arguably the biggest upset of the 2015 election.
Sinn Fein has turned its attention to target areas where they can actually win seats, particularly here, as they see an opportunity to unseat a pro-Brexit MP and return an anti-Brexit one.
Speaking on the campaign trail, Ms Gildernew says voters are all to aware that this election should be pretty close but with hundreds of activists out on the ground, she believes they are fighting a very good campaign in Fermanagh and South Tyrone.
“We’ve won it by 31 votes, we’ve won it by four votes. Tom Elliott won it two years ago by an unprecedented 500 votes. I’m convinced that won’t happen this time and I don’t mind if we’re not even in double figures, we need a win in Fermanagh and South Tyrone.”
She told the Herald: “I haven’t seen any of the candidate posters for any of the other individuals who are running in this campaign and it is very much a two horse race. It’s between me and Tom Elliott, we’re the only two people who can win the seat in Fermanagh and South Tyrone.”
She added that Brexit is the key focus of this constituency in this election, where almost 60% of people voted to remain in Europe in last June’s vote: “People have a very clear choice, they can vote for somebody who is pro-Brexit, pro-Tory austerity, who is pro-discrimination or sectarianism, or they can vote for somebody who is very positive, has a proven track record for representing everybody in Fermanagh and South Tyrone, someone who is against Brexit, against borders and is for all of our people having an equal place in our society.”