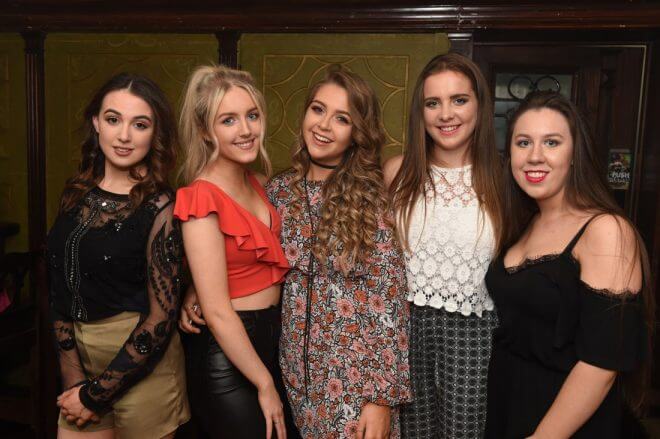 AS the exam season draws to a close, there’s good news for Fermanagh’s school leavers.
Last year across the North 95.8 percent of all pupils leaving schools entered either education, employment or training. That’s just a tiny 4.2 percent of school leavers who were unemployed upon leaving school.
Here at home, local principals have said the statistics show what they have known for some time.
“Last year both at Year 12 and at Year 14 we had no school leavers that went into unemployment. They were all going on to further or higher education, or employment,” said Devenish College Principal Simon Mowbray, who was referring to a total of almost 150 Year 12 and Year 14 pupils.
As to where students were going upon leaving, Mr Mowbray said around 60 percent of the Year 12 pupils were returning to Devenish to take A Levels, while many of the remainder are hoping to attend the Technology and Skills Centre at the South West College (SWC).
As for the Year 14s, the principal said many had gone through the UCAS system and intended on going to university in September, while many others are opting for a foundation degree at SWC.
“A lot of them like the fact they can stay at home, they can study at home, and the courses they are offering down there are well suited to the local economy and industry,” he said.
Principal of Erne Integrated College, Jimmy Jackson Ware, said they too were seeing great success with their school leavers, with past pupils going on to careers in a wide variety of industries, such as European planning, civil engineering, education, accounting, human resource management, medicinal chemistry, veterinary science, performing arts.
“It’s a full range,” said Mr Jackson Weir, who said a large number of students from the school continued into further education.
Both Mr Jackson Ware and Mr Mowbray explained how both schools began preparing students for their future careers as early as Year 8, and that pupils today were very forward thinking.
“They get a lot of career support in schools, they’re very prepared even before they go out looking for the course they want,” said Mr Ware, who added, like Devenish, Erne Integrated regularly invited universities and employers to come and speak with pupils.
“They are very savvy and very switched on,” he said of the pupils.