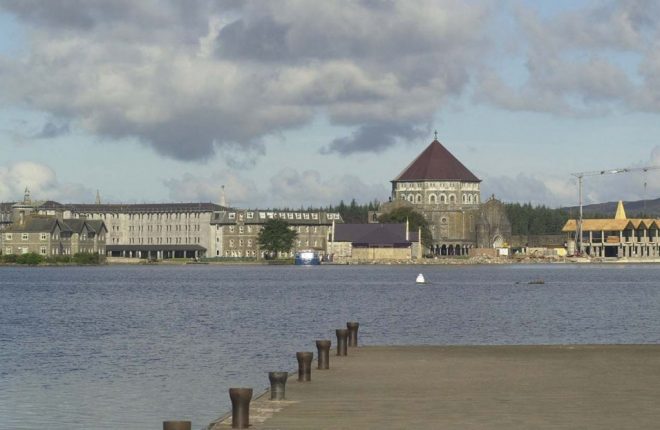 A PRIEST who served on Lough Derg and was murdered by Islamist terrorists in the northern Iraqi city of Mosul has been honoured by Pope Francis.
The Pope recently wore the stole (a priest’s vestment) of the Lough Derg ‘martyr’, 34-year old Iraq-born Fr Rahgeed Ganni at a special Mass in Rome last week for modern martyrs.
Fr Ganni was fatally wounded along with three deacons when they were ambushed by Islamist militants as they left the Church of the Holy Spirit in Mosul, Iraq on 3rd June, 2007 where Father Ragheed was parish priest.
A local news agency stated at the time that, since the fall of Saddam Hussein, Christians had become victims of an open campaign of persecution. Since then Mosul has fallen into the hands of so-called Islamic State and a full-blooded assault on Iraq’s second city is currently being led by government forces
Father Ragheed himself, as well as his church, had been targeted several times.
Father Ganni studied in Italy and was fluent in Arabic as well as Italian, French and English.
His fluency in English was instantly evident to pilgrims on Lough Derg in the years that he served there (1997-2002) prior to  and following his ordination in October, 2001 in the Irish College in Rome.
Monsignor Richard Mohan, who was Prior of Lough Derg in Fr Ganni’s time there, said his commitment to people through the Eucharist was the reason he had been killed.
“I’m very happy to hear that Pope Francis is aware of Ragheed because many people think that he is, without doubt, a modern martyr, a saint.”
For newly-arrived pilgrims, facing up to the 24-hour vigil (10pm-10pm) on the first of the three-day pilgrimage, his infectious humour was welcome.
While the stony ‘beds’ themselves tested them to the limit, it was the midges around the huge penitential bed that took the biscuit.
But, Ragheed helped lighten the subject. He explained that the word ‘midges’ was completely new to him and went on to base his homily on the subject.
He is fondly remembered by one pilgrim from Fermanagh.
“He was a lovely young man. Outside, he spoke openly and fondly about Iraq, and it was obvious he was keen to get back there.
“At that time, the West had President Hussein in its sights. Ragheed readily accepted that Hussein was no saint, but he did stress that he was tolerant of other people’s faiths, and instanced the fact that his prime minister was a Catholic.
“It is ironic, therefore, he was assassinated because he was a Christian. I was very shocked when I heard the news, and very saddened. Hopefully, one day, Iraq will have a new saint.”
The Rector of the Irish College, Monsignor Liam Bergin, said Fr Ganni always knew he was working in a dangerous place but had insisted that he belonged in Iraq where he often recalled that God had called Abraham.
Ragheed himself often voiced that view.
He said in 2003: “Iraq is where I belong, that is my place.”
And, in 2006, he said: “Without Sunday, without the Eucharist, the Christians in Iraq cannot survive.”
As for those who would kill him, he stated in 2007: “Christ challenged evil with His infinite love. He keeps us united and, through the Eucharist, He gifts us life which the terrorists are trying to take away.”