Advertisement
HomeHeadlineCrime down but marked increase in sectarian attacks
Advertisement 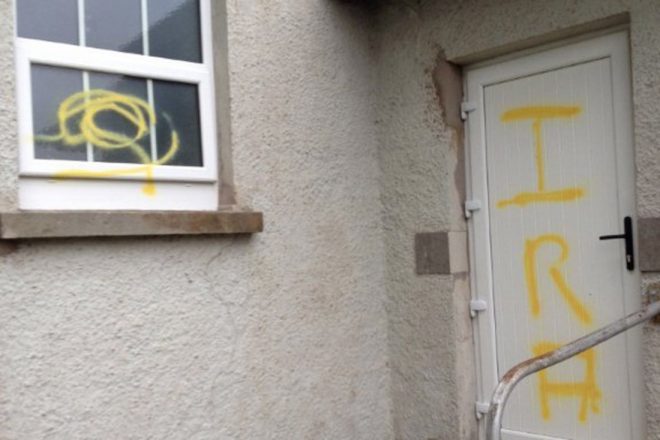 Sectarian incidents are up locally.

WHILE incidents of domestic violence may be up, the trend overall is that total crime is down in the Fermanagh and Omagh policing district over the past year.
According to the PSNI statistics, the number of recorded incidents of crime in the district fell from 4,998 in 2015/16 to 4,640 in 2016/17. This is in keeping with the overall drop in crime across the North.
Of the available figures, anti-social behaviour was the most prevalent of all types of crime in the area, but it fell by 1.4 percent over the year, from 2,578 to 2,540.
Drug offences were also among the most common types of crime in the district. The number of drug seizures was actually up over the past year, from 250 to 297, however the number of drug arrests was down from 175 to 168.
Almost 500 people in the district were stopped and searched by police in the past year, and again this was mostly drug-related.
There were 473 people stopped and searched, and 33 of these people were subsequently arrested. Of those stopped, 104 were under 17-years-old, 182 were aged between 18-25, 103 were aged between 26 to 35, 42 were 36-45, 27 were 46-55, while six were aged between 56-65 years old.
The majority were stopped under the Misuse of Drugs Act, with the remainder being stopped on suspicious of possessing stolen articles, blades, fireworks, firearms or other prohibited articles.
Finally, the district had a relatively low level of hate-motivated crime.
For 2016/17 there were 43 reported racist incidents, up nine on the previous year, but racist crime was down from 42 to 28.
There were a total of seven homophobic incidents, the same number as the previous year, and three homophobic crimes, down from six the previous year. There were three disability motivated incidents, down by eight, and two crimes, down by four.
However, sectarian incidents and crimes are both up, however. Incidents with a sectarian motivation jumped from 26 in 2015/2016 to 48 in 2016/17, while sectarian crime rose from 19 to 25.