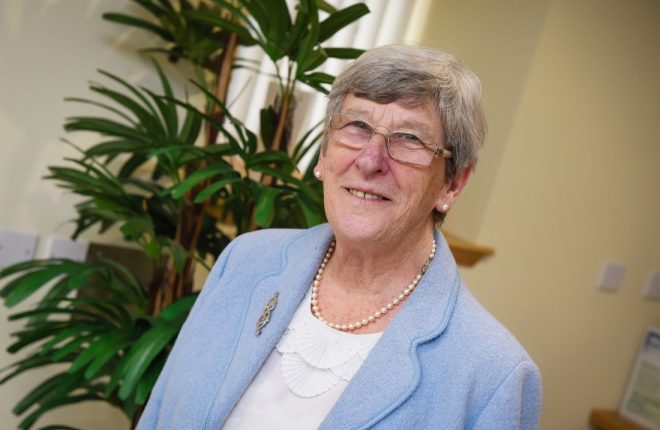 QUESTIONS have been raised regarding figures released by the Department of the Economy earlier this month that showed the average pensioner’s income in the North was a staggering £444 per week.
The statistics released in the Pensioners’ Income Series Bulletin, for 2014/2015, were for what the authors of the report termed all “pensioner units”, which includes pensioner couples and single pensioners. For single pensioners, the average income was given as £270.
This is £54 less than the UK average, and the lowest of all four UK areas, while the total average income of £444 was the second lowest average in the UK and was £70 lower than the national average.
These figures have been questioned locally, however, with the chairman of the South West Ageing Partnership stating found it “hard to believe” pensioners here in the county had an income close to that set out by the Department. Patricia Donald said the figures were distorted by those on big pensions, such as those who had high-up jobs in the public service.
“There will be some pensioners who are more well off than others, ones like myself who have a work pension,” said Ms Donald. “However, there are an awful lot of people, particularly here in Fermanagh, who are on a basic pension.”
She added: “A lot of people here are on very little. We would certainly question these figures for Fermanagh and Omagh. This is distorted by those on pensions of £100,000. The state pension is £155, and not everyone is even getting the full amount.
“I myself tried living on just the state pension for a year. It was very, very tight.”
Fermanagh Citizens Advice (CAB) offer free, impartial information, advocacy and representation to clients of all ages, including pensioners, for whom they offer benefit entitlement checks where they look holistically at people’s income and circumstances in order to determine what benefits they are entitled to, such as pension credit, housing benefit for rent or rates, and rates rebates they may be entitled to. Since 2003 they have carried out this service for over 1,500 local clients, maximising incomes of elderly people by £4.5 million.
With various factors affecting pensioners’ income, such as savings and private pensions, a spokesman for CAB said “it not possible to give overall generalisations regarding income entitlements without taking into account all of the circumstances of a retired person or couple.”