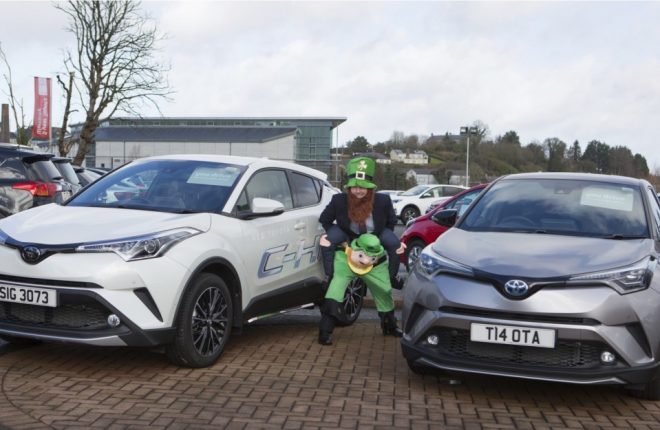 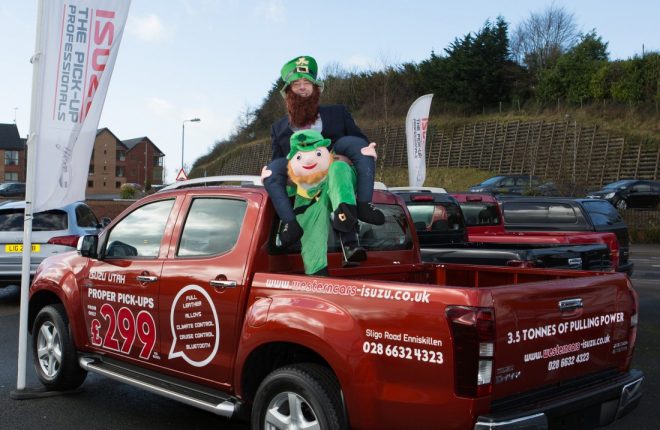 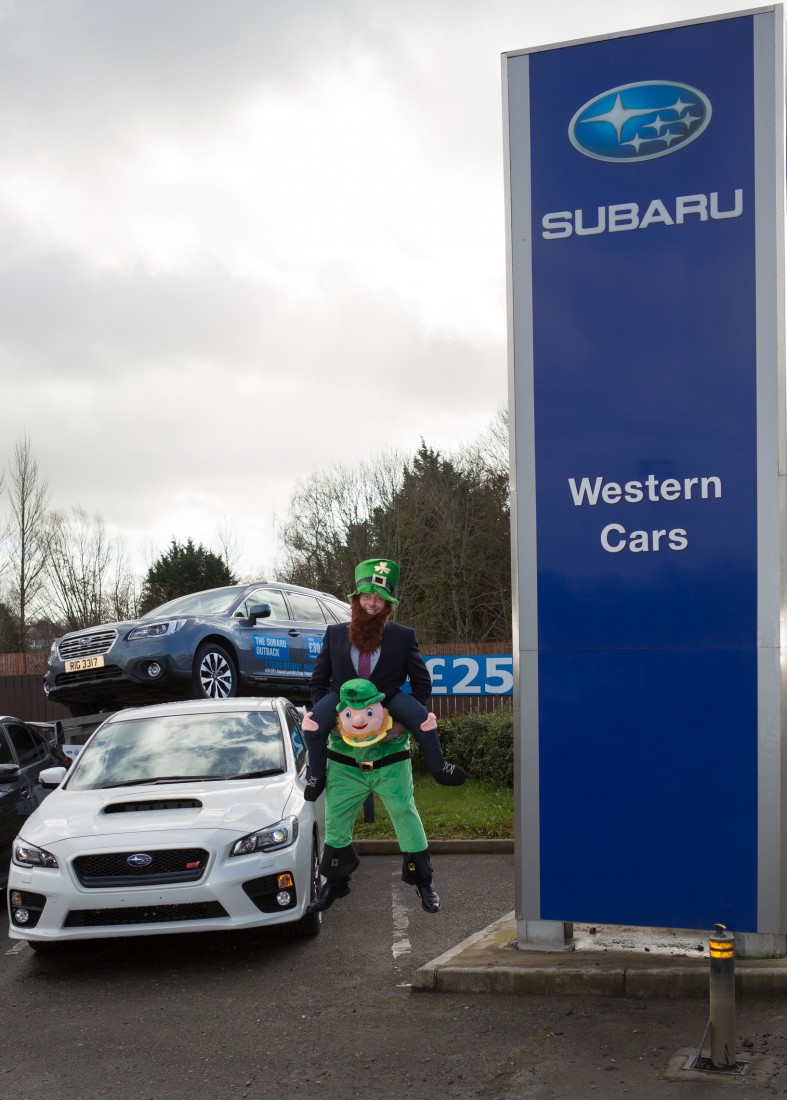 It’s that time of year again – longer and brighter days with the temperatures slowly on the rise. That’s not only the cue for St Patrick’s Day, but also the massive St Patrick’s big weekend event at Western Cars in Enniskillen. Based on the Sligo Road the showroom is helping celebrate St Patrick’s weekend with wonderful bargains on Toyota, Subaru and Isuzu. Opening on Thursday March 16 the fantastic deal runs through to Saturday March 18 with massive savings across the full range of new and used cars.

As well as a free ipad mini with every car sold, Western Cars has four fantastic prizes up for grabs. They include two tickets to the U2 concert at Croke Park in July this year, Sunday lunch for four at Tullana on the Green in Lisnarick, afternoon tea for two at Lough Eske Hotel and a four ball at Enniskillen Golf Club. The amazing offers on new cars include 0% on selected new models, up to £1,500 finance deposit allowance, 16% discount on new Hilux for UFU members and the new Isuzu Yukon from £195 + VAT per month.

There are great offers on used cars also this weekend. There is a minimum reduction of £522 on every car, massive savings of £6,295 on the 2016 Auris diesel, savings of £8,295 on the 2016 Avensis diesel and delivery miles Aygo from just £99 per month.
For every car sold Western Cars will also make a generous donation to Care for Cancer.

Centre principal Patrick McCaffrey is delighted with the range of vehicles on offer, but warns that they won’t be there for long.
“The promotional weekend has been great success for us in recent years and with the three franchises we have a bigger selection suiting all ranges of people. The three brands don’t conflict with one another. It’s a good opportunity for us to showcase cars that may not be on people’s shopping list.,” he explained.
“There are cars in all sizes and prices ranging from as low as £4,995. We have two guys out on the road this past number of days dressed as leprechauns. They have travelled round Fermanagh and Omagh for the past three days and that has created a good following for us.”

This weekend the centre will be decorated in bunting and balloons for the ‘offer weekend’ and Pat is hoping for another bumper crowd. “It’s not a hard sell. People might just come in for a coffee, a chat or a look at some car they might fancy. It’s really getting them to have a look around and have a good time.,” added Pat.

On St Patrick’s Day the centre hopes to link up with Project St Patrick and many will be able to view the new Toyota V-HR driven by superhero Batman after the parade. 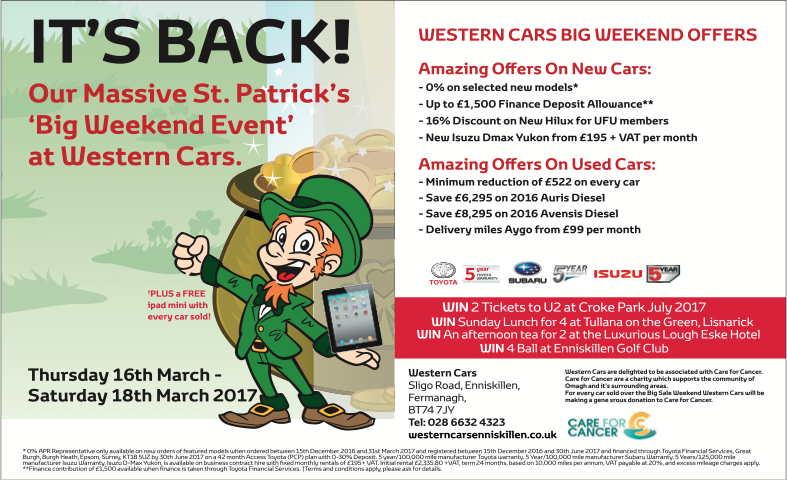 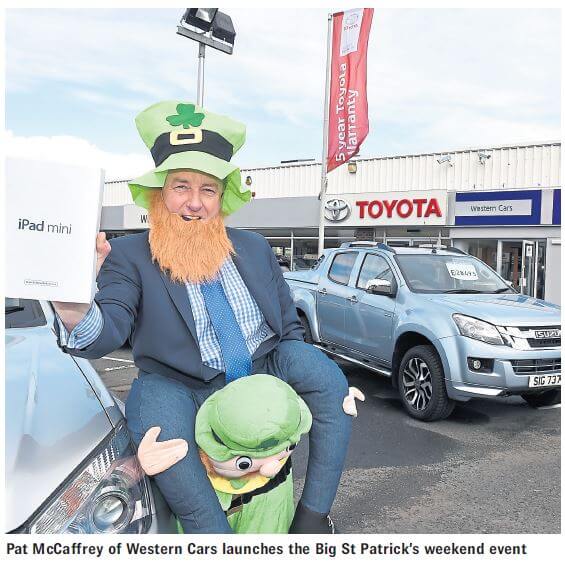 It’s that time of year again. And yes. it’s back. Talk of St Patrick’s Day and you automatically bring...