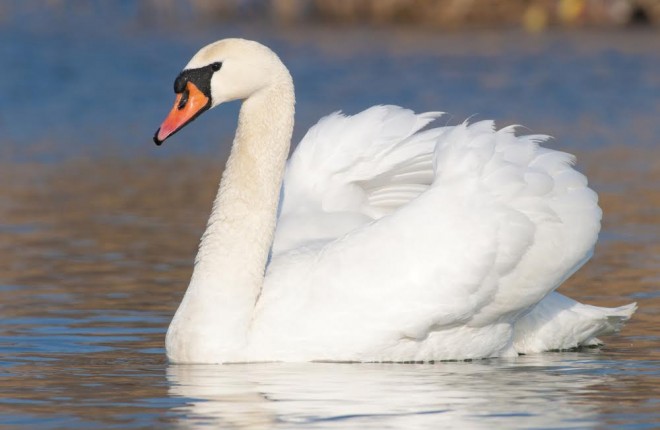 The public have been urged to report any sighting of dead birds, particularly swans and ducks.

ANYONE who comes across a dead bird in Fermanagh, particularly a dead swan or duck, is being urged to report their find as experts strive to control the spread of bird flu.
So far there have been eight confirmed cases of avian influenza across Ireland in recent times. Two of these have been in the North, with both birds found dead near Lough Neagh last week.
RSPB Fermanagh area manager Brad Robson, who said this is a busy time of year for birds in the county as it’s currently breeding season, urged those out and about throughout the county to be on the look out for dead waterfowl, gulls, or groups of dead wild birds.
“The guidance we have on the reserve is to keep an eye out for dead swans and ducks, particularly,” he said.  “If you come across a dead swan or duck, or a group of wild birds, you should report it. It’s very rare to find a dead bird that hasn’t been killed, and it is possible people will come across dead birds, but if you do, and you’re not sure about it, report it.”

Mr Robson stressed the current avian flu strain, H5N8, posed no known risk to humans, but said its spread did pose a threat to the economy, as 10km control zones may need to be imposed on poultry farms.
“There were real concerns a few years ago with H5N1, but this doesn’t have that risk,” he said. “There is no evidence of it passing to humans. The concern would be more for the economy, with restrictions on poultry farms.”
A “prevention zone” has already been set up in the North, which requires all keepers of poultry and other captive birds to keep their birds indoors, or take appropriate steps to keep them separate and protect them from wild birds.
If you come across a dead swan, duck, gull or group of wild birds, contact the Department of Agriculture hotline on 0300 200 7840, Monday to Friday, 9.00am to 5.00pm.