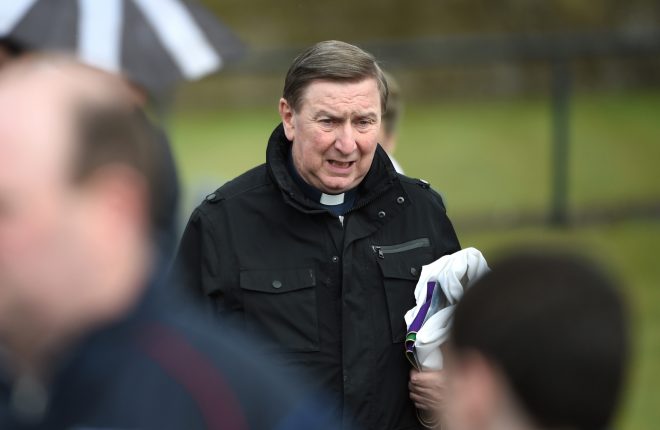 THE Taoiseach has asked Pope Francis to review the cases of five priests disciplined by the Catholic Church, including Fr Brian D’Arcy at the Graan, in order to ‘improve the environment’ for the papal visit to Ireland in next year.
A report in the Sunday Times at the weekend explained that a number of priests, including Fr Brian, had been sanctioned on their views on married clergy and women priests.
It is believed the Taoiseach spoke to Fr Brian before he met with the Pope at the Vatican last November and briefed the Belnaleck Passionist priest on his return.
Fr Brian didn’t write to the Pope, but briefed the Taoiseach before he travelled to Rome.
The Rector of the Graan was told in 2010 that all his writings and interviews should be vetted by his religious superiors.
Speaking to journalists last week the Taoiseach said he gave the Pope a number of cases which had been brought to his attention and explained to the Vatican Secretary of State that dealing with this and other cases would certainly improve the environment in Ireland for the visit next year.
Fr Brian is the best known of the five disciplined priests having written a column in the Sunday World newspaper since 1976 and with a weekly radio show on BBC Radio Ulster.
In the Sunday Times report also pointed out that when the Taoiseach spoke to Fr Brian before he travelled to Rome he was told that there was ‘this thing hanging over people and it would improve the possibility of relationships if it was dealt with before the Pope’s visit”