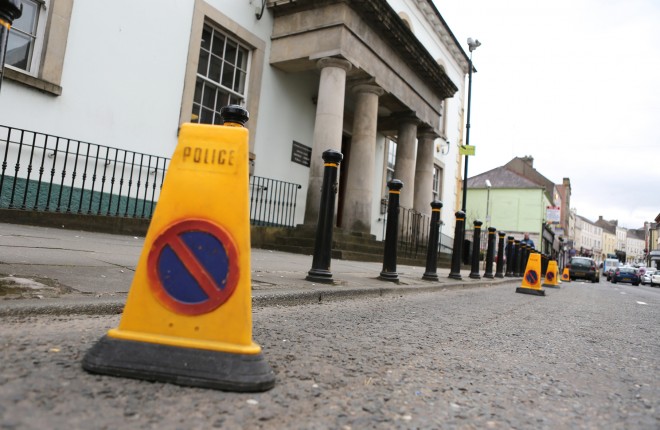 A MAN man was caught importing £20,000 worth of cannabis into the North when police stopped and searched his car in Derrylin, Enniskillen Magistrates Court heard on Monday.
Wojciech Prystupa with an address at Carrigeens, Ballinfull in Sligo appeared via videolink from Maghaberry Prison when he made an application for bail. He is charged with two counts of drug possession, driving without a licence or insurance and importing a controlled drug.
A Public Prosecution Service (PPS) representative told the court that police were operating a vehicle checkpoint at Main Street in Garrison on January 5 when they stopped a Renault Scenic being driven by Prystupa.
Following enquiries, it was discovered that the defendant had no driving licence or insurance to drive the vehicle. Due to his agitated behaviour, police carried out a search of the car and recovered a black holdall in the rear, containing two large bundles of herbal cannabis, wrapped in cling film. Two boxes of facemasks were also discovered.
When interviewed by police, Prystupa admitted transporting the drugs from Dublin across the border as he needed the money.
On Monday, police objected to the bail application due to the large quantity of drugs found on the defendant. They also highlighted the fact that Prystupa posed a flight risk after admitting to police that he has no family ties in the area and tended to move from place to place every couple of months.
The court heard that an address was available to Prystupa at Derrin Park in Enniskillen. Deputy District Judge John Rea agreed to release him on £250 bail on condition that he reside at that address, surrender his passport, abide by a 9pm-7am curfew, sign on twice a week at Enniskillen Police Station, be electronically tagged and not drive a vehicle. The case was adjourned until March 13th for preparation of a full file.