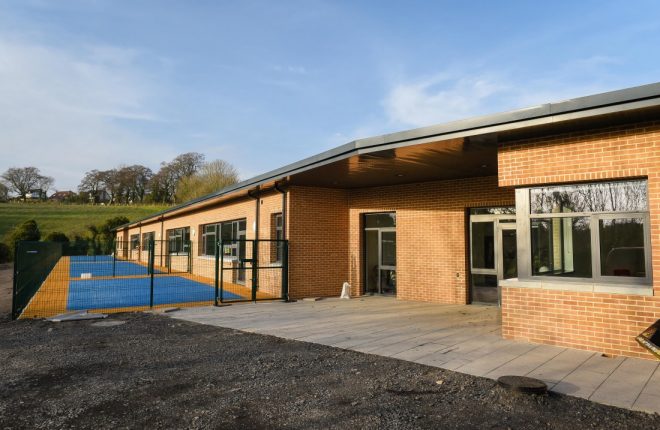 STAFF and students at Willowbridge have been waiting 18 months and now their new school build is finally complete.

The work cost an estimated £4 million, but apart from the finishing touches, the massive extension to the Lendrum building is ready for use. Last week, staff worked tiredlessy to move everything from the old Erne building to the new site.
Speaking proudly of the new school build, Principal Julie Murphy said, “We are so excited with the new build, it really is state of the art. It has fantastic wide corridors for pupils particularly those with physical disabilities. The rooms are bright and colourful and we have new interactive boards in each classroom.
The facilities in the home economics and art rooms are amazing and allow pupils a chance to develop vital skills. We also have a mini flat inside the school which has a bedroom, living room, kitchen, utility and bathroom, where pupils can practice real life skills in preparation for an independent life.”
Willowbridge was formed in 2012, when the Erne and Elmbrook schools amalgamated. The work replaced the classrooms, and for the first time, the whole school will be under the one roof.
“Another pleasing development is that for the first time since the amalgamation we will have one staffroom as the building is all one piece. I feel that this will mean that the amalgamation is truly completed. Obviously this room is massive as we have over 60 staff now!”
The big move will be fully complete on February 20th, just in time for the students returning from their midterm break.
“I cannot praise the staff enough for all their hard work over these three days. It was a mammoth task but the staff pulled together and are teamwork was definitely evident. The pupils are so excited as they have watched the build from the beginning.
Obviously there are lots of little things to get done and finishing touches as well as the demolition of the old build and the construction of the car park but over the next few months this will all get done,” added Julie Murphy.