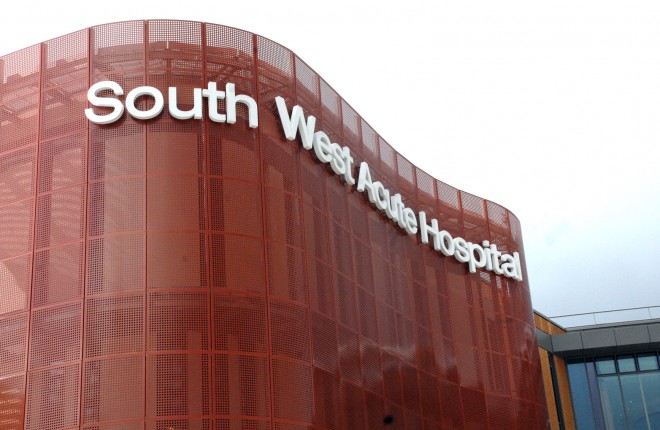 A 35-year-old man facing a catalogue of serious offences, who has breached high court bail on three occasions since it was granted has been remanded in custody, following the most recent incident.

Gerard McDonagh (35) of Windmill Heights, Enniskillen is accused of entering the house as a trespasser to cause grievous bodily harm to a male occupant in the Coolcullen Mews area of Enniskillen on October 6.

He is additionally accused of handling stolen property including a Volkswagen Passat, beer, wine, clothes, construction equipment, a trolley jack and cash.

A police officer told East Tyrone Magistrates Court a threat was made during the incident at Coolcullen Mews when McDonagh is alleged to have told the victim, “Leave this town now or I, my nephews and my brother are going to burn you out.”

It was claimed McDonagh had appeared “out of it” on drugs or alcohol at the time.

Bail was refused at the first court appearance at magistrates court but later granted at high court.

However this was breached twice – firstly by breaking a curfew and being in Enniskillen, and on the second occasion, by consuming alcohol.

After both instances, McDonagh was readmitted to bail.

But a police officer explained a further breach occurred on the evening of December 29 when McDonagh again broke his curfew.

He first claimed this was because he was stuck in traffic on returning from visiting is parents in Omagh. He later claimed he had a flat tyre.

A defence solicitor asked for his client to be released to assist his partner and their children and highlighted whilst there had been breaches, there was no reoffending.

“This is a very serious, complex case and going by the behaviour, the breaches and the defendant’s’ presentation, he pays little regard to bail terms.

He has a prolific record involving high violence and other cross-border related offending. The risks are all very real.”

Bail was revoked and McDonagh is to appear again by videolink at Enniskillen Magistrates Court next month.