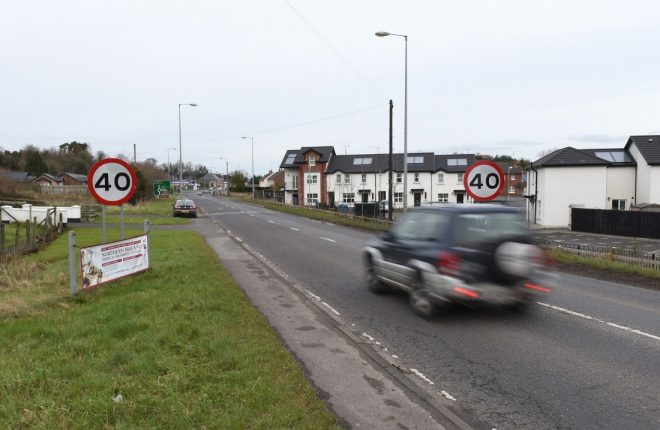 AN ENNISKILLEN learner driver who reached speeds of over 90mph on the Sligo Road and overtook another car on a junction in the town has been fined and disqualified from driving.
Martin Maguire (26) from Cleenish Park in the town appeared at Enniskillen Magistrates Court for sentencing on Monday after previously pleading guilty to charges of careless driving, speeding, driving unaccompanied, failing to display L plates, driving without a licence, and failing to produce a licence.
At approximately 9.40am on March 26 this year, police on patrol on the Sligo Road in Enniskillen observed a black Volkswagen Bora driving in the direction of the Rossory Church Road. The Volkswagen then overtook a car at the junction, driving on the chevrons in the process.
Police following the car noted the Volkswagen had reached a speed of 92 mph. The stopped the car and when they asked Maguire, who had an ‘R’ plate displayed on his rear window, to produce his licence he told the officers he only held a provisional licence.
Defence solicitor Barry Lynam handed a reference from Maguire’s employer in Essex into court, and said while Maguire had previous convictions, these had “tapered off” in recent years, referring to the fact the defendant was now a father and had a stable job in England.
District Judge Nigel Broderick said it had been “a very poor piece of driving” by Maguire, stating the speed at which he was driving was an important factor in the case. He fined Maguire a total of £400 and disqualified him from driving for a total of six months, dating to October 7 when an interim disqualification was imposed on him following his guilty plea.