Advertisement
HomeChristmasTraditional Toys are holding their own

FORGET your Hatchimals and your Skylanders, here in Fermanagh traditional toys are still holding their own at Christmas.

While children in the county are certainly keeping up with the current trends when making their Christmas lists, with Santa struggling to keep up with the demand for some of this year’s more sought-after items, local toy suppliers have said old favourites such as building blocks and board games are as popular as ever.

At Asda in Enniskillen, for example, their range of wooden toys have been in high demand, which a spokesman for the store said was down the fact they “offer traditional fun in a world which has become digitally dependent.”

“There is a definite worry from parents and teachers that children are getting too caught up in virtual games, and are missing out on interacting with each other,” said the spokesman, who said the wooden toys allowed children’s imaginations to “run free” and helped them learn about the world around them.

“Traditional games involve more activities, whereas electronic games only require kids to use their thumbs. In many cases, it’s simply that parents are nostalgic about the games they used to play and want to introduce their children to them.”

It’s not just wooden toys, either, with some play things transcending the generations and even bringing parents and their children closer together, said Paul Doherty of Toytown in Enniskillen.

“We still get a lot of people in looking for the old faithfuls. There is certainly still demand out there,” he said, pointing to items such as the Rubix Cube, which is still selling all these years later.

“There is always that thread of traditional toys. Lego, for example is as popular as ever, and jumped from being the third top toy in the world four years ago to being the number one two years later.”

Mr Doherty said there are other ranges, such as the Star Wars franchise, where children are now looking for the very same toys there parents had on their own Christmas lists ‘back in the day’. “They probably even still have these toys in their attic,” he joked.

“There’s still a huge demand for board games. People are looking for something they can all sit around the table and play,” he said, stating the old favourites of the likes of Scrabble, Monopoly, Cluedo and Operation still had enduring a p p e a l .

“We have to exp a n d o u r b o a r d g a m e department quite considerably every year.” Mr Doherty added, while they were “getting a dozen calls a day for this year’s top toy”, that didn’t mean ‘old school’ favourites weren’t still top of many lists, with the likes of jigsaws, art and crafts, tractors, and telescopes still bringing as much joy to Fermanagh children this Christmas as it did their parents in years gone by. 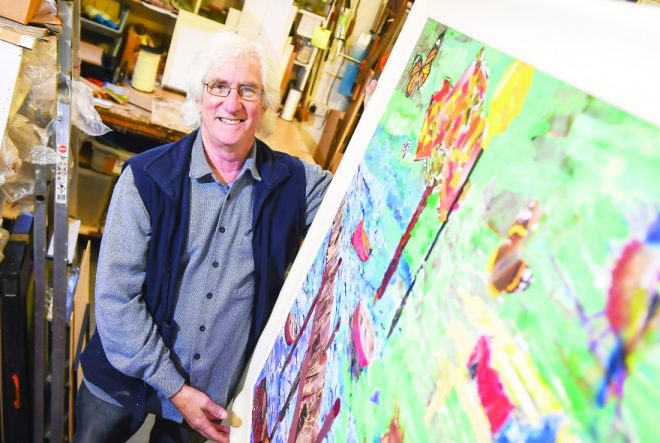 Buttermarket offers a range of outlets offering something different

We’ve sifted through our favourites from the year and included some of the most promising titles coming out around...

The gift that keeps giving