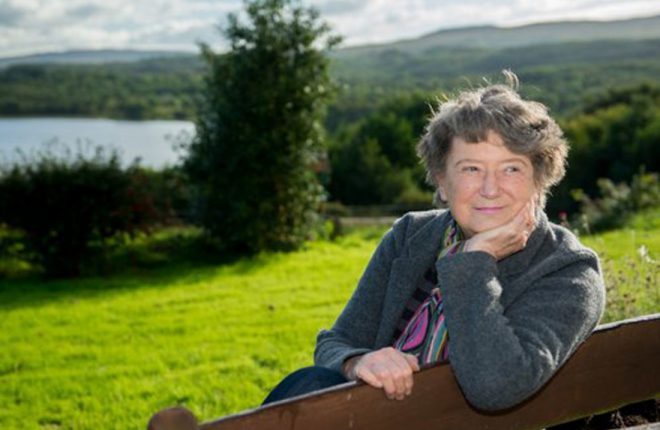 Rosemarie Gilchrist uncovered a remarkable story about her own family history.

A FERMANAGH woman has urged others to research their family history after uncovering the true story of a mysterious part of her own family’s past.
Belcoo writer Rosemarie Gilchrist grew up hearing the story of her cousin, Cyril Barton, who had always been described to her as “the boy who could run like the wind.”
Rosemarie had heard the fascinating story many times from her grandmother as a child, and part of the story had always had been that her cousin, her grandfather’s nephew, had been orphaned in South Africa and was possibly raised by a local tribe in the mountains there.
However, following extensive research with the help of an RTE documentary crew, and after publishing a book based on the story entitled “The Golden Cub” in 2014, Rosemarie has since uncovered Cyril’s true story.
Cyril was the son of Florence Lyons Montgomery, from Killargue in Leitrim, and Folliott Barton from Pettigo, who was an engineer.
The couple had fallen in love and moved to South Africa in the later 19th century, seeking their fortune after Mr Barton’s mining business at Benbulben in Sligo failed. Mrs Barton was pregnant with Cyril when they left Ireland, and he was born in South Africa.
When Cyril was just eight-years-old tragedy struck. Mrs Barton took malarial fever, and Cyril and his father then moved to the gold fields of the country’s Northern Province. However, en route it is understood their wagon was robbed and Mr Barton was killed.
It is there that the mystery begins. While Rosemarie said they had always been told the story that the family’s maid then took Cyril to her tribe in the mountains. Despite enquiries being made, nothing was known about what happened Cyril in the following years, and it was thought he may have been raised by the tribe.
Rosemarie, with the help of the RTE team who recently broadcast the radio documentary on the story entitled “The Prospector’s Son”, which is still available for streaming online, has now established the tale of Cyril being raised by an African tribe was not true.
“He was definitely not raised by the tribes,” said Rosemarie. “I’m afraid we’ve disproved that part of the story.”
She explained: “I spent a lot of time talking to the tribes in the area, and it was put out of their local radio too, asking if anyone recalled a story of a white child being taken in.
However, having such a traumatic start to life obviously left its imprint on Cyril, whom they know travelled back to England on a boat in the months that followed.
“He really had mixed beginnings, and remained strange,” said Rosemarie. “He never married, and was always a solitary soul.”
Cyril eventually went on to become a clerk in the Office of the Comptroller and Auditor General in Dublin.
Rosemarie, a member of Fermanagh Genealogy, said it had been a fascinating journey, learning of Cyril’s story, and encouraged other families to research their own family history.
“I would definitely recommend perseverance,” she said, when asked for tips for others doing their own research. “There will be a lot of times absolutely nothing turns up and you’re losing heart, but don’t.
“Go back through your family’s research, to see if anyone in the family has any documents. They could give you the clue you need. Get into genealogy as far as you can. Quite often you will turn up something unexpected.”
Rosemarie also recommended searching local newspapers in the area your family are from, stating they had great success searching the old papers in South Africa, and finally, she said Births, Deaths and Marriages offices.
“It’s like a jigsaw, and when you get all the pieces, it starts to come together,” she concluded.