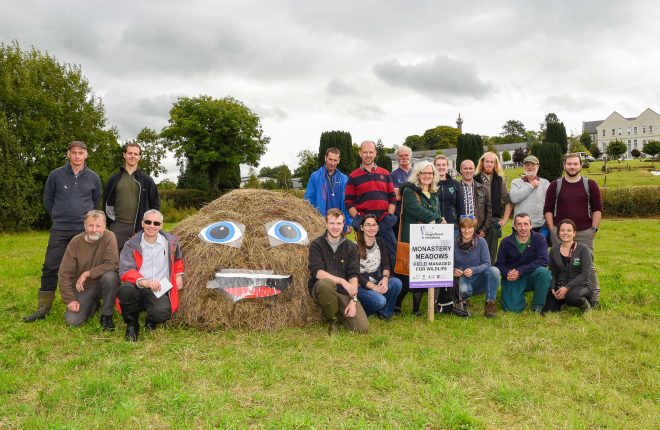 THE ‘state of nature’ in the North has been revealed, and while it’s not looking good, once again Fermanagh appears to be faring much better than most.
Last week we reported how the recently-published UK-wide State of Nature report had revealed the dramatic extent of decline of plants and animals since the 1970s, and how here in the county a rich natural heritage and sympathetic farmers, as well as local conservation projects, were supporting struggling species. The message was clear, however, that more needed to be done, particularly at Government level.
Earlier this week, the ‘State of Nature 2016 Northern Ireland’ report was published, focussing specifically on the Six Counties, and the message is much the same.
Overall, the report found over half of vascular plant species were in decline, almost 40 per cent of bird species were, while almost 20 per cent of all known species were endanger of extinction.
Other findings included the shocking revelation that only 0.4 per-cent of ancient woodland survives, compared to two percent in the rest of the UK, while our upland and lowland bogs are also under great threat.
On a more positive note, the authors of the report point to the importance of our many natural habitats here in Fermangh, including Upper and Lower Lough Erne: “These wetlands host some very important wildlife, including insects associated with emergent vegetation and good water quality, but the county also hosts many other important habitats.
“Thanks to Fermanagh’s underlying calcareous geology, which is quite different to the acidic basalts of the rest of the country, turloughs, fens, grasslands and limestone pavements can also all be found here, and these features provide homes to some of our most iconic species.”
Last week, Fermanagh RSPB’s Brad Robson and Ulster Wildlife’s Giles Knight told the Herald local farmers were also playing their part protecting habitats. Tanya Jones of the Fermanagh Green Party said this was because people in Fermanagh understood “nature is not a luxury.”
“We’ve been living in harmony with nature for centuries here without really thinking much about it, but it’s central to our way of life,” said Ms Jones.
“Farmers know that you can’t take more out of the land than you put back, that’s why they are so unhappy with the intensive unnatural ways in which they are being forced to farm. And we all realise that you can’t put more pollution into a system than it can cope with, that’s why we instinctively know that climate change is such a threat to us.
“But for some reason the politicians in power in Westminster and Stormont seem to have forgotten these basic facts.”
Referring to the fact the State of Nature NI report had been forced to rely on statistics gathered by volunteers and conservation groups, due to a lack of official government numbers, Ms Jones added: “When our executive departments seem keen on collecting statistics on everything else, this is a really glaring example of their upside-down agenda.
“I’d say that this report should be a wake-up call, except it’s gone far beyond that. They’ve pressed the snooze button five or six times and thrown the alarm clock against the wall. It’s time for the rest of us to be banging on the door and insisting that they get up and get their priorities straight.”