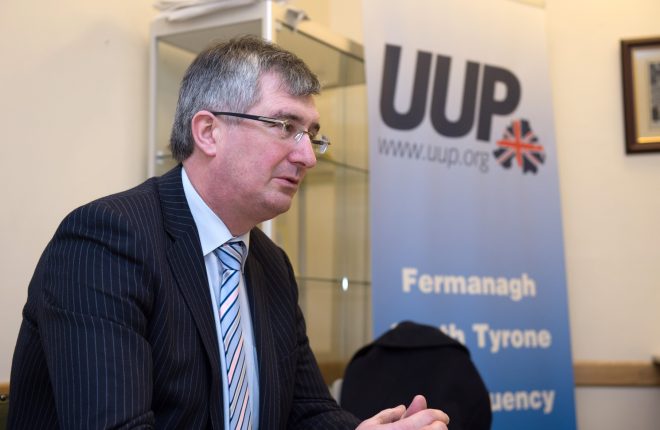 PROVISIONAL proposals over parliamentary constituency changes announced this week have Fermanagh’s politicians up in arms, with some even suggesting “gerrymandering” could be taking place.
The 2018 review by the Boundary Commission was only published yesterday morning (Tuesday), but concerns are already being raised regarding what revamp could mean for Fermanagh.
Under the proposed changes, which were drawn up after legislation was passed requiring each constituency to have a certain quota of voters, Fermanagh and South Tyrone (FST) could see its boundaries dramatically redrawn.
The proposed new boundary will extend as far as Castlederg and Newtownstewart, however the constituency will lose Dungannon and Killyman, for example. The new boundary will also take in more areas of south Tyrone, such as Trillick, Fintona and Dromore.
If the proposals are passed, it could mean Sinn Fein’s Michelle Gildernew MLA and the DUP’s Maurice Morrow MLA will no longer be in the FST constituency. Focus has now turned to what the new boundaries could mean for the local political landscape, with some pointing out the UUP MP Tom Elliott may have cause for concern, with the loss of some traditionally unionist areas.
Speaking to the Herald, Mr Elliott said he had not yet had time to fully study the proposals, but said he felt the Boundary Commission seemed to “have gone overboard” and he didn’t “understand the thinking behind it.”
“They have gone with major surgery when they didn’t need it,” he said, stating only a handful of constituencies had needed any significant changes to bring them in line with legislation, and FST was not one of them, needing only a small increase in electorate size to bring it to quota.
“It goes against what I believed the Boundary Commission did. They should be trying to make as little change as possible, not the radical changes they have proposed.
“It’s like hiring someone to come into your house to change two floorboards and they end up rearranging your entire home.”
Mr Elliott added he believed the proposals would be amended before Westminster had to vote to adopt them.
SDLP MLA Richie McPhillips said he too had not had time to consider the proposals, but commented: “The constituency seems to be growing geographically, but the size of the electorate doesn’t seem to be changing much.
“ These are proposals that could have ramifications for years to come, regarding not just Westminster but Assembly elections too. They need to be carefully considered and dissected.
“Most constituency changes rarely seem to be to the advantage of the electorate. Just look at when the council areas were carved up, it was like gerrymandering. This might not be to different from that.”
Sinn Fein’s Sean Lynch MLA has called on power over voting on whether the proposals should be adopted should be transferred from Westminster to the Assembly, and cited concerns over the use of data from the December 2015  electoral register as their basis for the proposals, rather than census data, as well as issues over the possible reduction in the number of constituencies.
“It is my view that we need to transfer powers on elections to the Assembly and Local Government into the hands of locally elected and accountable representatives and establish a boundary commission to deal exclusively with the Assembly constituencies.”