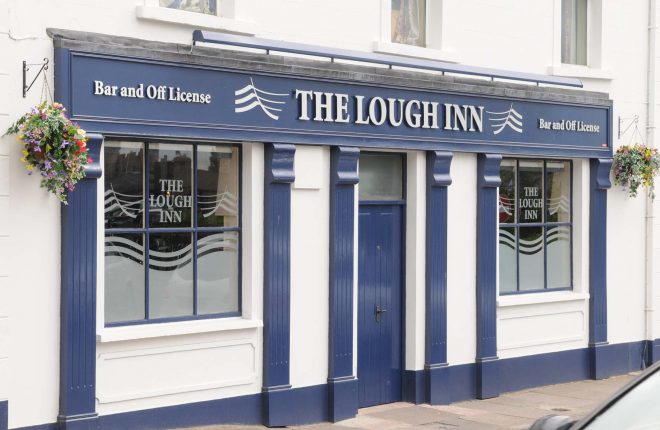 STAFF of an Enniskillen bar have been commended for potentially saving lives after calling police to report one of their customers had left drunk and drove away.
Colin Scull (39) of Main Street, Swalinbar, Co Cavan appeared at Enniskillen Magistrates Court on Monday charged with drink driving and driving without insurance after he was apprehended by police following the incident just under two weeks ago.
On Monday, August 29, police received a report from a member of staff at the Lough Inn that an intoxicated customer had left the bar and had got into a silver BMW and drove off in the direction of Queen Street.
Police then located a car matching that description outside the Roadhouse Bar, and found Scull beside it. He was unsteady on his feet, and when asked by the officers how he had got there he told them he drove to the bar.
When arrested Scull, who had a relevant previous conviction, returned an evidential reading of 95 micrograms per 100ml of breath, while a police check revealed his car was not insured.
Defence solicitor Garry Smyth said Scull, who appeared in court on Monday via video link from prison, had been detained in custody since being arrested as he had not been able to get a cash surety so he could be released on bail. Mr Smyth asked the court to take this into consideration while sentencing.
Mr Smyth, who explained Scull had been in Enniskillen to get work done on his car which he had only bought a short time before, also pointed out there were issues in the case which meant Scull could have disputed the charges, such as the fact police had found him outside the car and had not seen him driving.
District Judge Nigel Broderick said the staff at the Lough Inn should be commended for reporting Scull to police, who he said was “clearly far too drunk to get into a vehicle.” Judge Broderick said the staff had prevented a possible serious accident, and even fatalities, as Scull had been three times over the limit.
Judge Broderick disqualified Scull from driving for three years, given his previous conviction, and fined him £300 for drink driving. For driving without insurance he disqualified him for 12 months, to run concurrently to the first disqualification, and fined him £200.