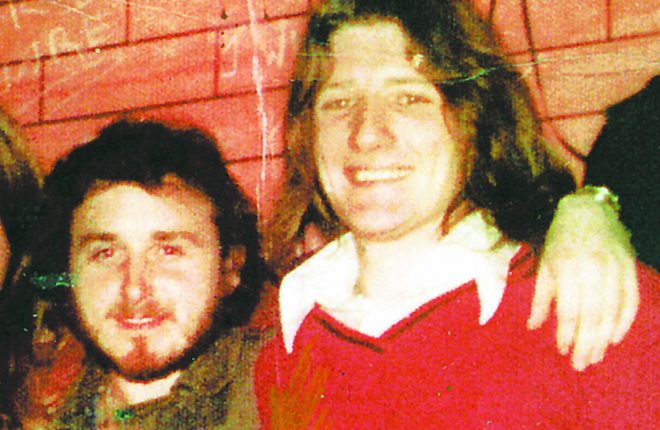 Famous image of Bobby Sands taken from a photo in Long Kesh prison.

A ROW over a controversial documentary on the life of Bobby Sands has erupted locally, with the film being screened for this week at a cinema in Enniskillen.
The film “Bobby Sands: 66 Days” will run at the IMC Cinema in the town from this Friday, August 5, until next Thursday, August 11.
“At 17, Bobby Sands was interested in girls, soccer and music,” the cinema’s website synopsis states. “Ten years later, he led a hunger strike against conditions inside Northern Ireland’s infamous H Blocks that grabbed the world’s attention. Sands became an icon for a world that, to this day, knows little about him.”
The website adds that it features “fresh insight and remarkable archive footage” which “brings us the story of this enigmatic prisoner” and “20th century icon.”
However, some are annoyed and upset by the documentary. The South East Fermanagh Foundation (SEFF) have even planned a free event in reaction to the screening, which takes place next Wednesday, August 10. Further details to be confirmed.
SEFF has described the event as “an evening to honour those whose lives were stolen or irreversibly changed due to the terrorism Bobby Sands and his ‘comrades’ within the Republican Movement.”
Stating they would be showing their own documentary with victim testimonies, they added the film was “fictitious and political revisionist production” and was “a lie that cannot go unchallenged.”
Fermanagh South Tyrone MP Tom Elliott also hit out at the film, stating it was “one-sided” and “unfair.”
When asked if he would be going to see it, Mr Elliott said: “Not unless its telling the entire story of Bobby Sands and how he was a terrorist and part of a terrorist organisation. They need to put in context and show his life in its entirety. I’ve been told it doesn’t show that, which is totally unfair and disrespectful to victims.”
Sinn Fein MLA Sean Lynch, however, has encouraged people to go see it, including Mr Elliott, who he pointed out now holds the same political position as Sands, representing the people of Fermanagh South Tyrone as an MP.
“I think Tom Elliott’s position is completely ridiculous,” he said. “He should go watch it rather than commenting. Bobby Sands was a young man who gave up his life for his convictions.”
Mr Lynch added: “The film has more significance for Fermanagh because he was an MP for the area, and got over 30,000 votes. He and his comrades brought Sinn Fein to prominence, particularly at a time when the British Government was telling us we had no support or mandate. Bobby Sands showed there was a mandate.”
Adding he remembered the hunger strikes “vividly,” Mr Lynch said: “It was a defining moment in Irish history. Bobby Sands is now internationally renowned. He stands on the footsteps of people like James Connolly and Padraig Pearse.”