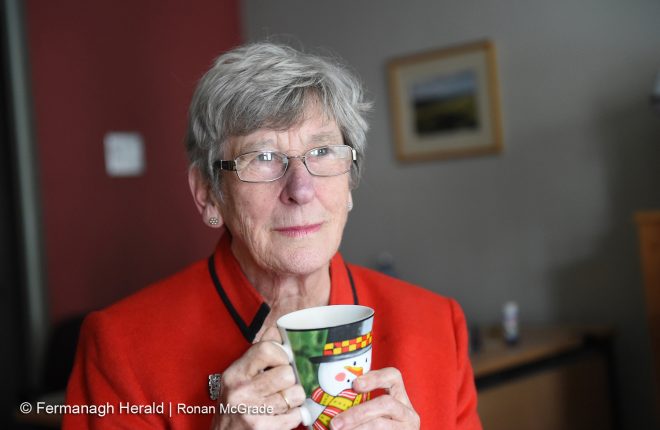 A classified advert in a newspaper last week placed by a Fermanagh man, called “Man Lonely” has highlighted the reality of isolation within the rural areas of Fermanagh. The man is living in the remote area of Fermanagh, has some health conditions,  no access to the internet and was simply looking for someone to talk to.
As many other people find themselves in a similar situation, isolation in rural areas is still proving to be a big problem in Fermanagh.
While there have been several programmes in place to help combat rural isolation, Michael Mohan, manager at Oak Healthy living, believes that the lack of funding means that the elderly are still suffering.
“There has been a number of projects that we have been involved with but with cutbacks in services and funding, the programmes are struggling. There is also a lot of people emigrating due to the lack of employment and the older people do not have help,” he said.
The older people in the county are finding themselves lonely and isolated from the community due to lack of contact, access to towns or the public.
While these people are suffering, Enniskillen woman Patricia Donald from Age Sector Platform believes, the victims of isolation do not know any other way of life and have become used to their lifestyle.
“A bachelor farmer whose only social outings were to the mart or to church, those kind of people do not settle into places like Fold Housing as they want to live in the rural areas. The man worked so hard all his life and probably has very little money to spare,” she explained.
Patricia Donald also believes that communities do not visit their neighbours anymore in rural areas or in the town, which can also lead to loneliness and isolation.
“Some people may find themselves more isolated in the town as people keep to themselves, and do not call to visit their neighbours anymore. Years ago people went to the ceile, people do not do this anymore. Churches and clergy do their best in order to help the elderly in rural communities but  their family emigrating and having no access to broadband can also contribute to isolation,” she added.
With isolation and loneliness ripe in rural areas, neighbours and community members should look out for the elderly in the community and ensure they are not in the same situation as “Man Lonely.”