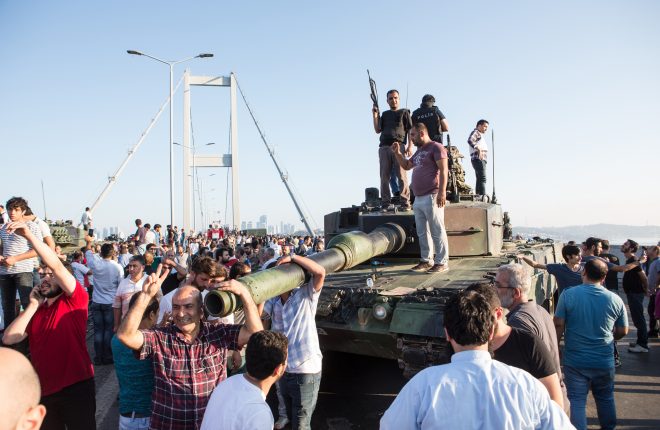 FOLLOWING the failed coup attempt in Turkey last week it appears to be ‘business as usual’ for tourists travelling from Fermanagh to the popular destination.
Last weekend a faction of the military tried to overthrow the government there. Some 265 people were killed in clashes between soldiers involved in the coup and supporters of Turkish President Recep Tayyip Erdogan.
More than 6,000 people including soldiers and judges have been arrested in what is being described by officials as a ‘clean up operation’.
The situation in appears to be calming according to Enniskillen Travel Agent, Richard Cooper, of  Carefree Travel.
Mr Cooper explained that his office in Townhall Street has had a high number of calls in relation to clients going to Turkey this summer.
“Naturally they have been worried by the situation there recently, but things seem to be settling there now,” he said.
“Last weekend for the following 48 hours after the attempted coup tour operators did allow people to change or cancel their flights, but now all the operators have been advised that following reports from their resort managers that everything is back to normal.”
However, people visiting Turkey are advised to still avoid public places in Ankara and Istanbul, particularly demonstrations.
But coastal resorts do not appear to be affected at present, according to Mr Cooper.
“Resorts in the south of Turkey seem to be OK at the minute and are unaffected by the trouble in the country,” he said.
“They are just operating as normal at the moment, but have advised tourists to keep up to date with the UK Foreign and Commonwealth Office who will advise people whether to travel or not.
“If permission to travel was withdrawn tour operators would have to cancel flights and give a full refund and that applies to flights from Dublin also,” said Mr Cooper.
“When there is a government warning not to travel it normally affects flights from Belfast and Dublin who work closely and deal with many of the same tour operators.
“Everyone thinking of travelling to Turkey will be keeping an eye out and watching the government in the UK. If the situation deteriorated they would have to review the situation, but at the moment they’re not doing that, but people still need to keep an eye on it,” he added.
Carefree Travel receives daily information with regard to the situation there and all of their sources are saying that at the moment it’s ‘business as usual’ until the government says otherwise.