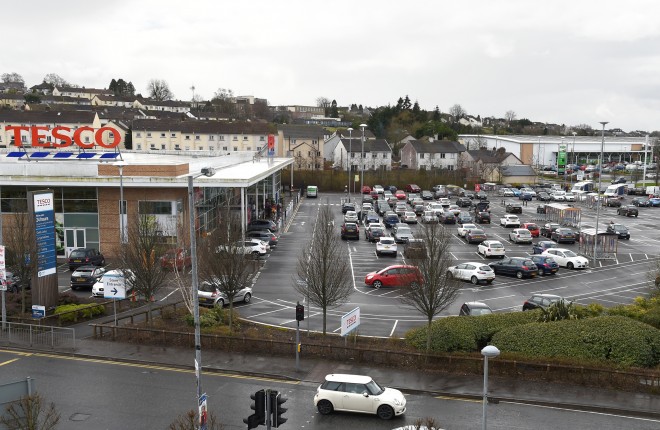 An Enniskillen man has been fined £200 and banned from driving for six months after failing to provide a breath sample to police when he was arrested on suspicion of drink driving.
Adrian Gallagher (41) of Dublin Road in Enniskillen was charged with driving while unfit and failure to provide a specimen.
Enniskillen Magistrates Court heard on Monday that police were called to Tesco Car Park, Enniskillen on April 28th after staff observed Gallagher getting into his car and leaving the premises. His Ford Fiesta was discovered a short time later outside his home with the exterior lights on. When Gallagher answered the door to police, they observed that he was unsteady on his feet and his speech was slurred. A till receipt from Tesco was found on him following a police search.
Gallagher was unable to provide police with a breath sample, telling them: “It’s not my fault”.
Defence solicitor Garry Smyth said his client, a married father-of-two, had a clear record and had attempted to provide police with a breath sample which had not been to standard.
District Judge Nigel Broderick said he would give Gallagher credit for his plea but that the aggravating factor in the case had been the defendant’s inability to produce a sample to judge how much alcohol in his system.