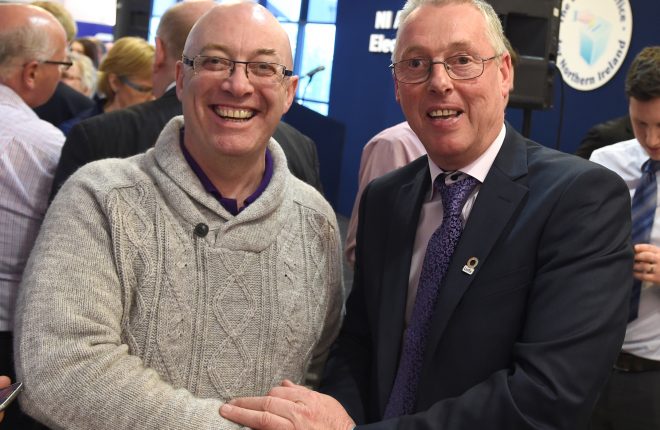 IMPROVED relations between the communities has meant the 12th has been a more peaceful affair in Newtownbutler in recent years, however there is more work to be done according to both the Parades Commission and locals alike.

While some years back the Fermanagh village was a flashpoint for trouble during the annual Orange celebrations, in recent years a compromise where the local parade only marches out of the town in the morning but does not march back in the evening has meant a quiet day for the village.

Local councillor Thomas O’Reilly explained that each year the both the Newtownbutler District LOL and the Newtownbutler Area Residents Association each applied to the Parades Commission for the parade and protest against it, with the Commission helping them reach a compromise.

“This may provide a positive foundation for an increasingly stable parading environment,” they said.

“Further work and consideration is required to be given to his parade in future years, particularly if community relations continue to improve. However, the Commission has cause to believe, at this point, that should the parade process the entirety of its notified route, there will be an adverse effect on community relations and a potential for public disorder.”

Cllr O’Reilly said the Parades Commission resolution was “not a solution” but was a start.

“It leaves space for dialogue in the future,” he said.

“Newtownbutler Together has been helping foster trust and relationships across the community in the long term,” he added. “But I don’t want to create a false attitude. The parade has not been stopped. We need people to enter into discussions.”

“It’s very low key here,” he said. “The only real flashpoint was in Newtownbutler in the past decade. It’s seems to have found its own level of acceptance, though.

“The only issue has been flags being put up early, and about how long they stay up for. It would be a gesture if they made sure they came down early.

“People understand the 12th is a tradition, they have no problem with the flags, just the length of time they’re up for.”

Mr Lynch said he was aware of one local establishment that took down their GAA flags for the day as a gesture of understanding.

MP Tom Elliott agreed: “Although there are some difficulties, in general terms there are good community relations in Fermanagh.

“By and large we try and get on with things and make things happen. There is a perception of an east/west divide but maybe that’s just because issues are managed in a different way and our focus is on concentrating on how we do things in Fermanagh. It’s always a learning process of sharing ideas and offering encouragement to others.”