Advertisement
HomeHeadlineNew principal looking to the future with confidence
Advertisement 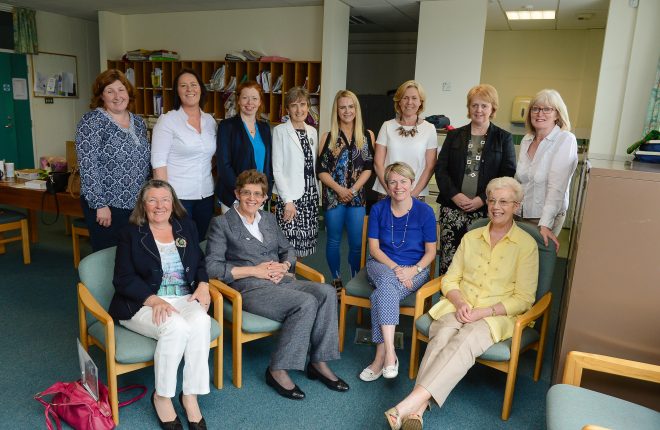 THE Collegiate’s outgoing principal head Elizabeth Armstrong has said her students are moving on to the new Enniskillen Royal Grammar School with a huge sense of pride in their former school.
Speaking to the Herald on Thursday, the final day of the Collegiate, Miss Armstrong said she wanted the last Assembly to be a time for the girls to celebrate everything that the school has meant to them and all of those associated with it.
“It’s also a time to look forward so it’s a new beginning as well as an ending. We are very much looking forward to the future in Enniskillen Royal Grammar School. That’s the attitude of the girls here that we will celebrate, enjoy, reflect and remember at our last Assembly. While obviously there is sadness, we’re moving forward and there’s a great deal to be proud of.
The school has a long proud tradition in terms of academic, musical and sporting achievements. We hope that the young women we educate have a sense of self-respect and respect for others, as well as a sense of community within the school and that once they leave, they will contribute to the local, national and global community. We take great pride in hearing about the many successes of our girls in all different walks of life and no matter what sphere they end up in, we hope that they will take these values with them.”
In March, Miss Armstrong was named as the new principal of the new Enniskillen Royal Grammar School which, from September 1st, will replace the existing Portora and Collegiate schools.
Ms Armstrong started off her teaching career at Belfast Royal Academy in 1986, a large co-educational voluntary grammar school in the city, where she taught modern languages and during her time was appointed as a senior teacher at the school. In 2001, the 53-year-old returned to Enniskillen as Vice-Principal at the Collegiate, before being appointed as Principal in 2004.
The new school of both boys and girls will be taught on both the Cooper Crescent and Loughshore Road sites. The school will admit 130 pupils into Year 8 and will have an enrolment of 990 pupils for 2016/2017.
The long-term enrolment for the school has been set at 900 pupils.
The new school crest features Enniskillen Castle, laurel leaves and a crown while the new uniform is in the colours of navy, red and gold connecting Portora and the Collegiate.
Miss Armstrong has confirmed that Year 11 pupils beginning their GCSE studies are to be taught at the former Portora site to allow for maximum individual subject choice and avoid pupil travel between the two school buildings. Year 8 students will begin at the Collegiate in order to balance the overall number of pupils on both sites.
Advertisement