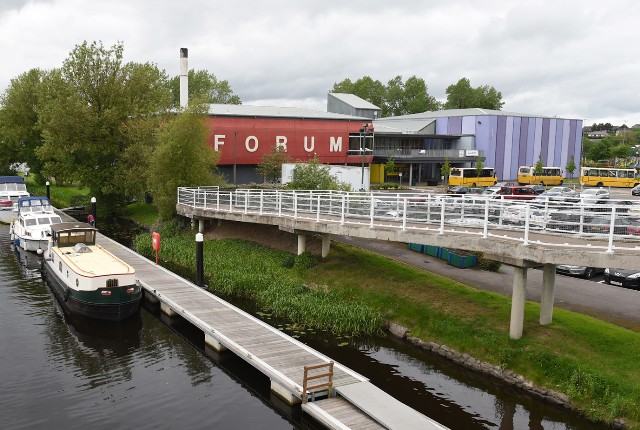 Young people in Fermanagh are being given the chance to take part in this summer’s latest high-energy sporting trend, Ultimate Frisbee.
Lisbellaw man Mark Robinson has just returned home from the other side of the world to show us what it’s all about.
The fast-paced  action-packed game, a cross between American football and netball, has become a high fitness craze. The non-contact team game needs quick reflexes and a decent level of hand-eye co-ordination.
As one of the UK’s fastest-growing sports, Mark is keen to see Ultimate Frisbee enjoying the same kind of revival in his native Fermanagh. He first came across the sport while studying at the University of Huddersfield.
“Over the last number of years since I started playing Ultimate Frisbee, it has become one of the biggest life changers for me and something I’m passionate about.
“I’ve been travelling over recent months and have played it all over the world, just wherever I happened to be, I found somewhere to play. It’s a great sport to watch and really interesting to play. It’s very demanding because you burn more calories than playing football but it’s still really good fun,” Mark explained.
The sport already has some fans in Fermanagh with Kirsty Monaghan from Bellanaleck currently enjoying success with the Irish Ladies Ultimate Frisbee Team.
Because of this and his own enjoyment of the game, Mark has decided to start up a local Ultimate Frisbee team so that other people can experience the exciting sport that he loves so much.
“There are a few of us playing now in Fermanagh so we thought we’d see what level of interest there would be,” he said.
Those keen to get involved can attend the first practice tomorrow evening (Wednesday, July 20th) at 5pm on the playing fields at The Lakeland Forum in Enniskillen.
“Everyone is welcome and I mean everyone, from the age of eight upwards and from all walks of life,” Mark added. “It’s open to anyone who hasn’t played before and would love to learn how, people who want to take up a sport but don’t know how or those who just want to know how to throw a frisbee. Please come along. I’ll still be there rain or shine. Bring some water with you and maybe boots if you have them.”
For more information you can contact Mark on 078 96593898.