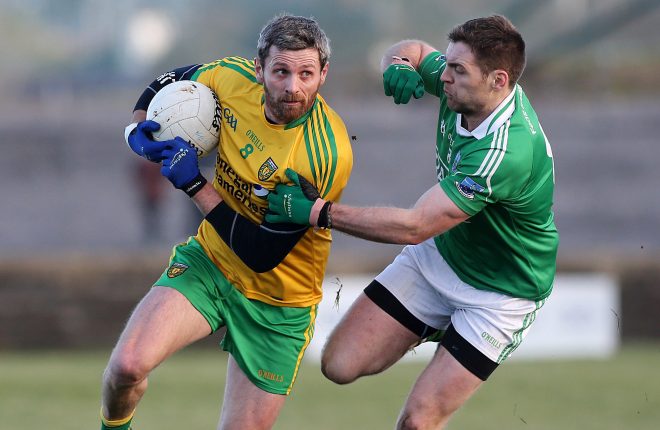 Richard O’Callaghan has been named in the Fermanagh team to face Donegal on Sunday.

The team is unchanged from the side which faced Antrim apart from one switch in the half forward line. That sees Ryan Lyons losing out to Richard O’Callaghan.

The Enniskillen Gaels man has only seen 154 minutes of game time in 2016 with injury hampering limiting him to NFL appearances against Armagh, Laois and Cavan.

Lyons has impressed since coming into the Fermanagh starting 15 towards the end of the league. However, with Neil Gallagher likely to be missing for the hosts on Sunday, Pete McGrath looks to be making a bid for dominance around midfield.

Meanwhile Rory Gallagher has also named his side for Sunday. Neil Gallagher is not named with Rory Kavanagh partnering Hugh McFadden in the centre in a side well laced with experience.