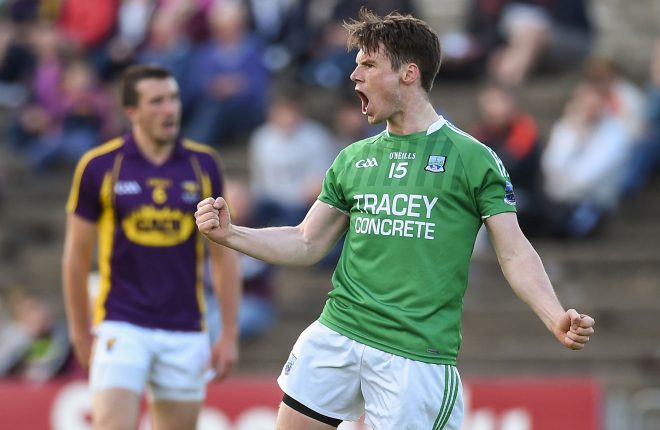 THE LAST LINE with BARRY OWENS

On Saturday Fermanagh played Wexford on their home turf and after a bit of a struggle our quality and superior fitness finally got us over the line. Despite going behind just after half time I don’t think there was any real doubt that Fermanagh were going to win.

Pete McGrath has made us hard to beat and has made beating division three and four teams a formality whenever they meet in the championship. But the big question now is can Fermanagh make the step up and get into the top eight teams in the country?

With the draw on Monday giving us the toughest possible fixture, an away match with Mayo, we are going to see if we can mix it with one of the most consistent teams in championship football for the last seven or eight years.

Fermanagh’s defence will have to be a lot tighter than against Wexford because in Aidan O’Shea, Cillian and Diarmuid O’Connor Mayo have a forward line that is a match for any team in the country with only Dublin and maybe Kerry boasting a better attack.

O’Shea is an absolute beast and when he gets the ball he is very hard to dispossess. As we have seen in recent years a lot of counties have opted to put two men on him but he still manages to get on a lot of ball.

Mayo get a lot of men back in defence, but they aren’t that strong and their full back line is probably their weakest part of their team and we can really exploit this with quick ball into Sean Quigley and Tomás Corrigan.

The top teams all do the same defensively as the teams in division 2, 3 and 4 in that they get as many as 12 or 13 men behind the ball, but the difference is that they tackle ferociously and in a disciplined manner and no player is just standing there filling space. When they dispossess the opposition they attack at pace and aren’t afraid to commit players forward and more often than not they put the ball dead, whether it is a wide or score it still gives them time to get their defensive structure set up again for the next attack.

When lower division teams play the division one teams they tend to drop a few players back even for the opposition kick outs conceding possession and putting themselves under pressure.

A team like Fermanagh should be going man to man against most teams for the opposition kick outs because in the majority of our games we have dominated midfield. In Eoin Donnelly we have probably the best midfielder in Ulster if not Ireland and if there was a transfer market in the GAA I’m sure there would be a lot of counties looking for him.

Back in the club football scene division one and division two are starting to take shape with the top four and bottom four in both divisions starting to become a little clearer. With some games being played without the inter-county 26 match day squad this has turned some of the games into a lottery for clubs.

It doesn’t seem to have affected Kinawley too much in division two who are undefeated so far this year and are almost certain to be in the top four. Usually a team in this sort of form would be certain to gain promotion to division one next year but with the change in the promotion and relegation system it means that they could go undefeated in the league yet still not gain promotion because the top four have a play-off to see who gets promoted.

This seems a bit unfair especially to the team that finishes first. Surely a team that finishes top after 18 games should have earned the right to automatically go up because injuries and suspensions could rob them of key players at the wrong time and they could end up missing out on promotion.