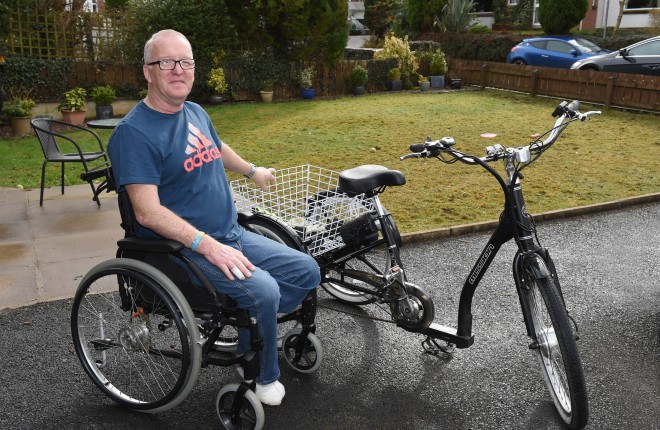 Just over two years ago, Eugene Hassard from Enniskillen was told that his time was almost up following a 22 year battle with diabetes.
The  54-year-old had been on dialysis three times a week for over four years while waiting for a transplant. He has endured a total of 13 operations in three years including the double transplant that gave him a new kidney and pancreas. The eleven hour operation also meant a second shot at life.
That wasn’t the end of Eugene’s troubles though as his condition also cost him his left leg below the knee and part of his right foot. His eyesight was also saved just as he came very close to complete loss.
Despite all of this, the former Belmore Street barber and boxer has a hugely positive attitude on life and says he has no one to blame for what has happened but himself.
With his new lease of life, Eugene is now saying thank you by fundraising for local charities using a specially adapted tricycle.
He competed in the Fisher Charity Cycle Challenge last month to raise funds for a bus for Willowbridge School which his son Conor previously attended. On Saturday week, June 11th he will take part in the Enniskillen 10k in aid of the British Red Cross Society to purchase new wheelchairs for children and towards the new sanctuary garden at the day centre in Killyvilly.
“For some reason I have come out the other side. I love life now and I’m as healthy as can be. I get about now on my artifical leg and also on the trike. To be able to get on a bike again is way beyond where I ever thought I would be. It’s enjoyable and a great challenge. I’m doing my bit to say thank you for this second chance that I’m very grateful to have been given.
“Given all the people who have helped me get where I am today, I’ll do whatever I can to help others,” Eugene added.
To donate contact Eugene on 028 66323423 / 07540826788, email eugenehassard@aol.com or message him on Facebook.
Advertisement 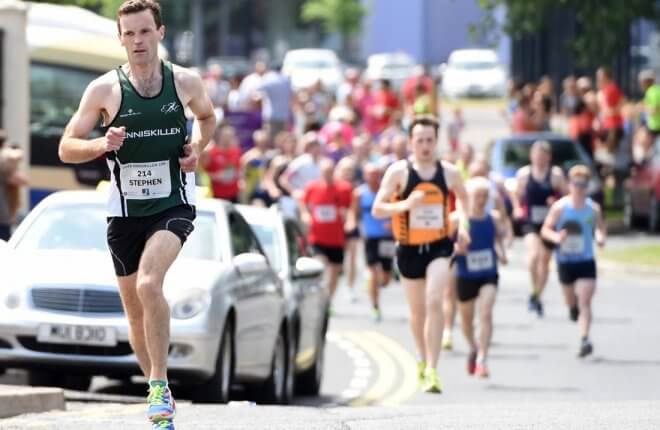 Cassidy had to do it the hard way, with the sweltering conditions and undulating course proving a real test... 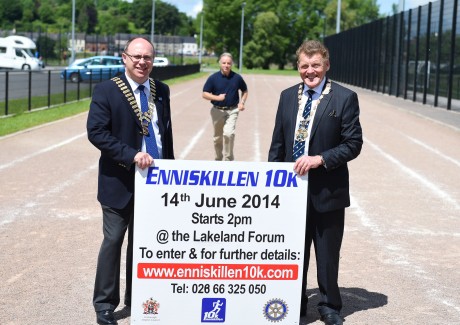