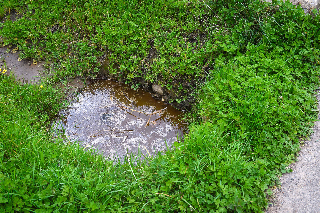 THIS year’s £20,000-plus Classic Fishing Festival, sponsored by Waterways Ireland, got off to a dramatic start on Monday, the first of three competition days, when a fishing stand in the area near Killadeas  had to be abandoned due to a sewage overflow into the lake.

An alternative stand was quickly found, and the event went ahead, with 210 anglers from all over Ireland and the UK casting their lines on what was one of the warmest days yet.

The overspill near Killadeas – where two unaffected pegs were operating – is one of 22 discharges into the lake that is permitted by NI Water to ease sewer flooding during periods of wet weather.

Some of the other CSOs (combined sewer overflows) are located at Cornagrade – although none of the five fishing sections there was affected – Enniskillen Castle, Castle Archdale and Belleek Pottery.

For the sponsors and organisers of the ‘Classic’, sewage overspills are the last thing they need for an event of this magnitude.
The competition organiser, Eddie McGovern – who is the tourist development officer with Fermanagh & Omagh District Council – told the Herald that he was told of the sewage overspill near Killadeas on Monday by the fishermen themselves.

“We just removed that section and moved into an alternative section. I am aware of others, including the one at Cornagrade which didn’t impact on the competition.
“No doubt, there is an issue with sewage entering the lake. We (the Council) have reported it to several different departments, including the NI Environment Agency who have said they will investigate.”

As to the actual competition – Monday was the first of three competition days – Mr McGovern said sponsors and the council (in association with DCAL) were reasonably happy with the entry.

“And, the fishing was reasonably good yesterday (Monday), considering it was very dry, so we’re hoping it will improve as the week goes on.”