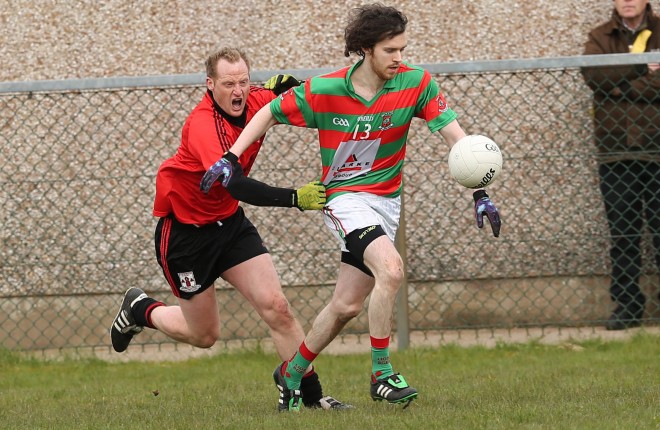 A new club season, with it brings new fresh hopes and dreams. The new boots are unboxed and last season’s socks and shorts can’t be found, with a decision whether to wear your own pair and risk the wrath of the club manager your first worry of the season.

As much as the season is a marathon not a sprint – and boy has it been a long marathon these last few seasons, teams will want to start off the season on a positive note. A new manager may be at the helm and is testing players out in new positions or has made the big call and dropped the so called big player who haven’t been adhering to his new regime.

A fresh crop of minors will be making the step up to the senior grade, them dreading the older experienced physical opponent as much as he is dreading running after the youthful minor.

On this point, I think the latest rule for the minor player in which any playing county minor is unable to play or train with their senior club until they are knocked out is a sensible one.

It’s right for the GAA to start preventing player burn out in physical terms but also mentally as some players may drift away from the game with too many miles on the clock too early in their career.

At the start of club season the county players will normally shine above everyone else as they will be that bit further on that most club players. But with that comes the onus to drive the team on to victory whilst trying to stay injury free. I don’t think any player would want to go out and drift through a game, but they will be wary of picking up any silly injuries or avoiding tackles from a tired frustrated club player who they may have got the better of most of the game.

Lisnaskea were relegated and naturally our aim to come back up at the earliest opportunity. This will be a rebuilding process, but it won’t be a simple task. It is a very competitive SFL Division 2 with a lot of teams with genuine hopes of been promoted, especially with the new rules in places where a team finishing fourth can be promoted.

There is no doubt in my eyes that this is harsh on the losing league finalists, but it will ensure an interesting end to the season.

Looking at the results of this weekend, SFL Division 1 looks to be as competitive as it’s ever been. Erne Gaels and Irvinestown both pulled out two huge wins over two of the tops team in the county.

Erne Gaels have been showing great form these last few seasons, but have ran out of steam coming up the finishing straight. They may just have that determination to push on this year.

Irvinestown have come on hugely over these last few years under Shane Goan. Another dark horse to watch out for are Devenish. From what I have heard they are aiming to make a push this year and with the talent they have throughout the team they will also be a team to watch out for.

It’s obviously very early in the season to read too much into the results and, as I said, it’s a marathon not a sprint when it comes to the league.