Advertisement
HomeHeadlineStormont Executive to hit the road to Enniskillen
Advertisement 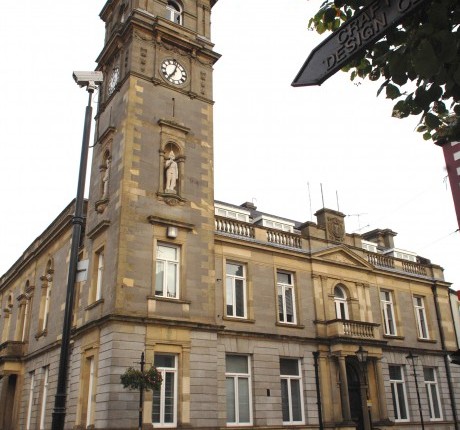 STORMONT Executive Ministers will descend on Enniskillen next Thursday as part of a new initiative by the First Minister to bring politics closer to the people.
The date of the historic Executive meeting at Enniskillen Town Hall on February 25th was confirmed officially on Monday by Arlene Foster and looks set to be the first of many to take place away from the seat of power at Stormont.
Speaking to the Herald on Friday, Mrs Foster indicated that this will be a regular occurence around the North and is not just a one off: “After the election I would hope we would visit a regional town in Northern Ireland every three months.
“I’m hoping that on each occasion not only would the Ministers come down for the Executive meeting but also that they would go out and about while they’re here and visit areas that relate to their portfolio.
“It will be a unique event to have a whole range of ministers in Fermanagh for the day and hopefully change that perception that politics only happens at Stormont and nowhere else in the country.
“I hope that this initiative of bringing the Executive closer to the people on the ground who elect us will make it more relevant to them, particularly the young,” she added.
News of the Executive meeting has been welcomed locally but concerns have been raised about what benefits Fermanagh may reap as a result.
“It’s hoped that next week’s event will lead to some positive announcements for the county.  Councillor Thomas O’Reilly, Chairman of Fermanagh and Omagh District Council, hopes councillors will have the opportunity to network with the ministers on local matters.
“While it is good to see this happening it would also be good that representatives of Fermanagh and Omagh Council would be afforded the opportunity to engage with them while understanding the time pressures they are under,” he said.
But UUP Cllr Rosemary Barton has queried the cost of bringing the meeting to town for the day and hopes that the event will be “cost-neutral” to Fermanagh.  She said: “The question is who will be paying for this visit – will it be the Executive itself or will the Council be expected to foot the bill?”
Lauri McCusker, Director of the Fermanagh Trust added:
“Not only will the Executive meeting in Enniskillen address the Belfast-centric perception but it is an important step in the effort to extend politics to every region and make our ministers more accessible to every town and community.”
An increased police presence is expected on the day but the PSNI were unable to confirm if there will be any traffic restrictions while the Ministers are in town. A PSNI spokesman told the Herald: “An appropriate and proportionate security operation will be in place on the day and at present we are not aware of any planned road closures.”
Advertisement