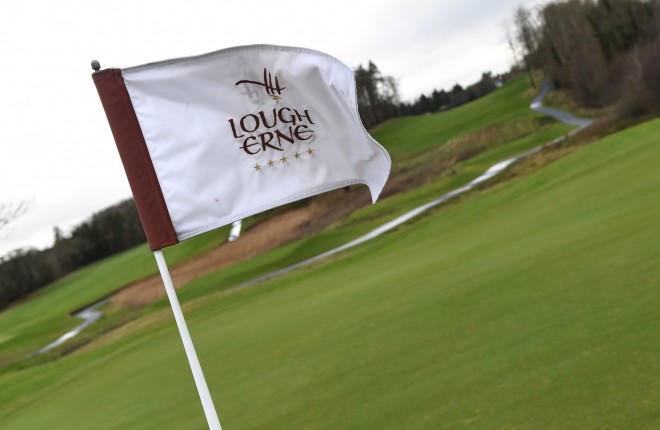 A concrete decision on whether the Lough Erne Resort will host the 2017 Irish Open may not be known until “well into summer” according to the council chief executive Brendan Hegarty.
Doubts were raised less than two weeks ago on whether the Fermanagh venue would host the major golf event, with officials from the  European Tour stating discussions were ongoing “behind the scenes” regarding the venue for the event and  “no definite decision” had been taken on where the Open will be held.
Despite the fact the world-famous Fermanagh resort, which boasts a course designed by Nick Faldo, had been confirmed as the venue for the prestigious event as far back as 2014, speculation is now mounting that the Open may be moved to another venue.
Since the 2014 announcement, new stakeholders have come on board for the tournament, such as Rory McIlroy’s Foundation and new sponsors Dubai Duty Free, while the European Tour has a new chief executive, Keith Pelley.
Speaking at last week’s meeting of Fermanagh and Omagh District Council Mr Hegarty explained that he had no concrete information on the matter, but said these were issues “purely about golf” and a decision for the European Tour. The chief executive said it was not an issue with the area and noted Fermanagh was “more than capable” to host major events.
In his eyes Mr Hegarty said there were three options: The event goes ahead; It does not go ahead in 2017; Or potentially goes ahead on another date. He told the meeting it could be “well into the summer” until details are known on dates for the tournament. As far as he was concerned the council head said part of the deal of bringing the 2015 Irish Open to Royal County Down was that it would be held at the Lough Erne Resort in 2017.
At the meeting concerns were raised by local Independent councillor Raymond Farrell. He said there was “some confusion” over the Irish Open in 2017. Should it go ahead Cllr Farrell said it would be a “major sporting occasion for the area” as well as a “fantastic tourist attraction” that could generate potential business for the county.
UUP councillor Alex Baird said it was unfortunate rumours over the location of the 2017 Irish Open were circulating. He said it was a “fact” that part of the conditions the Irish Open was held at Royal County Down was that it would be at the Lough Erne Resort in 2017.
“People who made this decision need to be held to account because that was the decision that was taken.”