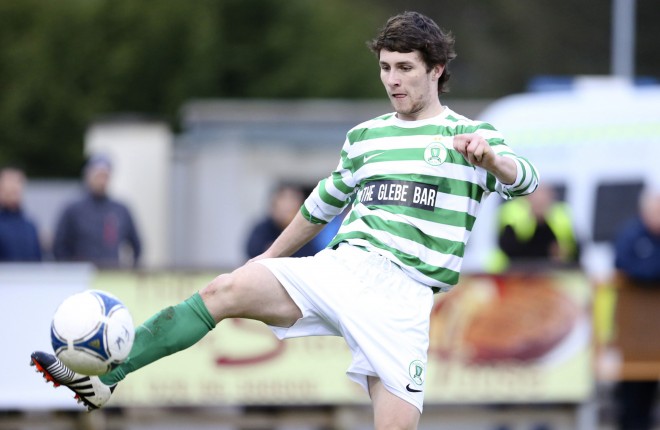 It’s all about the Premiership now for the Mallards. That starts with the visit of Portadown this Friday.

There have been some comings and goings at Ferney Park over the past week as Whitey Anderson reconfigures for the remainder of the season and those changes will be road-tested against the Ports.

On the way out is Ballinamallard’s top scorer this season, Liam Martin, returning to Sligo Rovers.

“I’d like to wish Liam all the very best,” said the Mallards boss. “He’s been with us for a couple of years and he’s a fully committed player and the move was the best one for Liam Martin and Ballinamallard Football Club.”

Meanwhile Anderson has welcomed Ivan Sproule and Ryan Mayse to the club. Both are attackers and their recruitment is clearly aimed at giving Ballinamallard a bit more punch going forward.

Sproule, Jason McCartney and Ryan Campbell were successful tried as a three man attack against Coleraine, and it looks like Mayse will get his chance to impress at senior level sooner rather than later.

“I definitely think young Mayse can bring a lot to the table and he’s certain to be in the squad on Friday night,” said Anderson.

“The reality is the cup is over and we’ve 15 league games left and we’ve just got to focus on getting points on the table.

“We played three up front on Saturday and the three were a threat the whole time. I think with young Mayse coming in we’ll have better options now and genuine goal-scoring options.

That’s what we need, we need to start scoring goals, especially when we’re 1-0 up, you want to press on for the second goal. Hopefully now we’ve got a better threat going forward and that’s going to be important in all the games ahead.”

Anderson is without Colm McLaughlin, with Shane McCabe also a doubt for the Ports visit, but the Mallards manager is expecting a positive reaction after the disappointment of Saturday’s cup exit to Coleraine.

“It’s up to the players to get themselves up for Friday.

That’s hard after the disappointment of the weekend, but when you get knocked down you have to stand up again.

“I confident the players will do that on Friday and I’ve no doubt they’ll respond.”