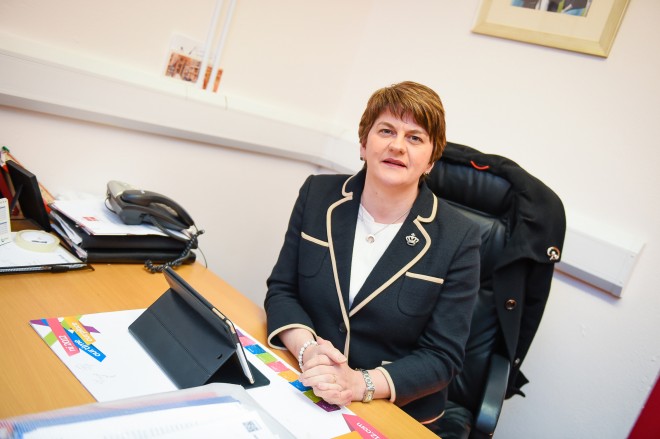 IF CARN Court Day Centre in Roslea is to shut it will mark a sad end to over 30 years hard work and passionate campaigning by the local community.
Before Christmas, the future of the centre was in jeopardy after the Western Trust recommended its closure following a consultation earlier last year. The centre was then given a last-minute reprieve after Health Minister Simon Hamilton ordered the proposed closure of a number of statutory homes across the North be halted and reviewed in light of pressures on private sector care centre providers.
The eleventh-hour decision was widely welcomed in the Roslea community, where a group of local women had lobbied tirelessly for the service since the 1980s. One of those women was Annie McGinnity, who recalled how the community come together to help improve life for Roslea’s older residents.
“It was in January 1982 that Rose McCaffery, who was the community social worker then, called a meeting to see if we could have something for our senior citizens in our new centre then,” said Annie, who is now in her 80s.
“There were no amenities in Roslea at that time. We were far from Enniskillen and there was only a bus one day a week. It was just pretty hopeless.
“We had a nurse, Mrs Leonard who was from Derry and was very progressive, and she thought we needed something for the elderly. That’s when we got started negotiating for Carn Court, for the houses first and then the day centre. The late Nurse Leonard was our first chairperson and with her we soon got the Finn Valley Club up and running.”
In 1987 the club became affiliated with Age Concern Northern Ireland and changed their name to Age Concern Roslea. Annie said they benefited greatly from this change, especially with advice and planning. Then in 1988 they successfully negotiated to have Meals on Wheels cooked in the school kitchen, where they’re still cooked today.
“Another facility badly needed in the area was sheltered accommodation so in 1990 we investigated the possibility of getting it,” Annie continued. “In 1991 we were informed that the Northern Ireland Housing Executive would support a 12 year sheltered scheme with a part time warden.
At this stage we put forward the suggestion that the communal area be made big enough to accommodate a day centre, with a kitchen, assisted shower, and other facilities.
“We were delighted when Age Concern and Help the Aged and Social Services became interested in this as a joint project and there was great rejoicing when it opened in 1994.
“Margaret Callaghan was a teacher in the school, and she was the secretary for a lot of the time and she kept things going. Poor Mrs Leonard died before we even got the houses up, so she never got to see them. She really would’ve liked it.”
Annie added: “We really want it to keep going. Once we think we have everything just right, then they come along and change things. We bought that land, negotiated for it, and I just hope it doesn’t all fall through now.
“The people are very happy who are there, and it would be hard to see it going now when we have it so well on. They’re talking about bussing them to Lisnaskea and Enniskillen but really and truly, it’s enough of an effort for the people to come in from the mountain.
“I never thought that after the past 20 years we would now be fighting to keep the centre here in my lifetime. We had Arlene Foster out and we stated our case to her and she knew the area and understood the problems. I’m hoping that it will have a good ending on account of her being where she is now.”