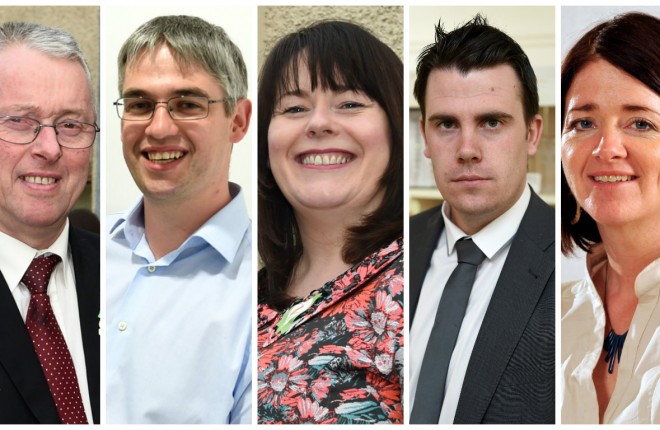 Sinn Féin’s efforts to finalise its Assembly election ticket in Fermanagh and South Tyrone has taken another twist after it emerged that five candidates will now compete for the party’s three available nominations for the constituency.

The Fermanagh Herald has learned that current MLA Bronwyn McGahan has thrown her hat back into the ring for Sunday evening’s selection convention in Enniskillen. She will compete with Michelle Gildernew, Phil Flanagan, Sean Lynch and John Feeley for a place on the Sinn Féin ticket.

The Killeshill MLA was co-opted into the seat in 2012 after Michelle Gildernew stepped down from the Assembly to concentrate on her role as an MP. However after losing out to Tom Elliott in last year’s Westminster election, the former Agriculture Minister announced her intention to seek a return to Stormont.

In the wake of the announcement, Ms McGahan had indicated she would not seek re-election.

But with Sinn Féin set to hold a second selection convention for Fermanagh and South Tyrone this weekend, the South Tyrone woman appears to be back in contention.

But earlier this month, Sinn Féin confirmed it would re-run the selection process, with Mr Flanagan’s hat thrown back into the ring.

Although the party has kept tight-lipped over the reason for that decision, it’s understood that there was an apparent discrepancy over the final tally at the first meeting.