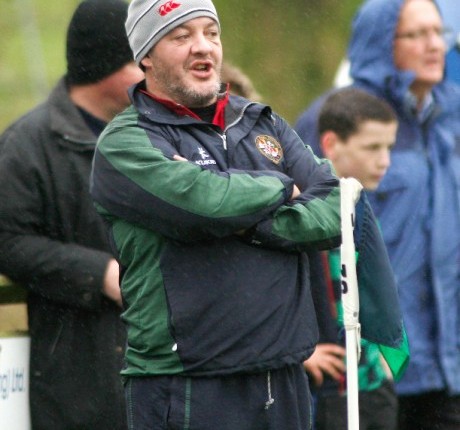 It’s a big game for the club and a win would send the season into overdrive. It will be a big challenge against the form team in Qualifying League 1, but Valley already have a win under their belt against Inst at the Cran and certainly won’t be travelling with any fear.

The build-up to the last four clash has been good too with Davy Black’s men comingthrough tough test against Ards with a nine point win that showed a lot of character in atrocious conditions.

“It was tricky last week, but we should have handled them better,” said Valley boss Davy Black. “I would have liked more scores on the board, but all in all I was pleased enough to get the result, although I wouldn’t have said it was our best performance by any stretch. To win this week there’ll have to be a 70 or 80 percent rise in standard from last week.”

And while Black believes his men are capable of that step up, he won’t be held hostage by this game, insisting that it will be league results which will decide the final complexion of Valley’s season.

“We’re looking forward to this week, although I wouldn’t say it’s season defining, because the league defines your season on all fronts. This is a cup game, it’s brilliant to be in an All-Ireland Junior Cup semi-final, it shows where the club is, but it’s not going to be an easy task. We’re playing Instonians and they are going very well in Qualifying One. They have a big sqaud of players to pick from. It’s going to take a top drawer effort to make. A semi-final is anybody’s game and it comes down to who turns up on the day. Saturday will be about two teams and who wants it the most.”

Unlike many sides though, Valley know what it takes to beat Instonians and that in itself is a major boon as the side prepare for this contest.

“We beat them earlier in the season and if we turn it on I know we can beat them, but it’s going to take maximum effort. They obviously have home advantage which is a big thing in a semi-final. They’ll have their home crowd behind them and that is a big plus for them.

“But we went to them last December when they hadn’t been beaten since coming down from senior rugby for the first time in their history. We ran them to the very last play of the game when they got the points to win it. So we know we can win up there, we’re well capable of it. In some ways they will be fearful enough of us. We’re the only team to have beaten them in Ulster since they’ve been relegated from senior rugby. They’ll be as wary of us as we’ll be respectful of them.”

Valley impressed as they claimed a 20-8 victory over Inst back in September, but the different field conditions and changes in personnel, enforced and otherwise, will mean Saturday clash will have a totally different dynamic.

“When we beat them in September PC Falconer was outstanding that day,” said Black. “Unfortunately he’s on the long term injury list and that’s going to be a massive loss to us. We’re waiting on our ten, our out half, a prop and another prop who is out on holiday so we’ll probably won’t be as strong as we’d like right throughout, but we’ve guys who can come in and do a job, I’m well confident of that. They’ll give it there utmost and hopefully that’s good enough.”

On the other side of the draw Enniscorthy and Bangor will be battling it out for the second place in the final.