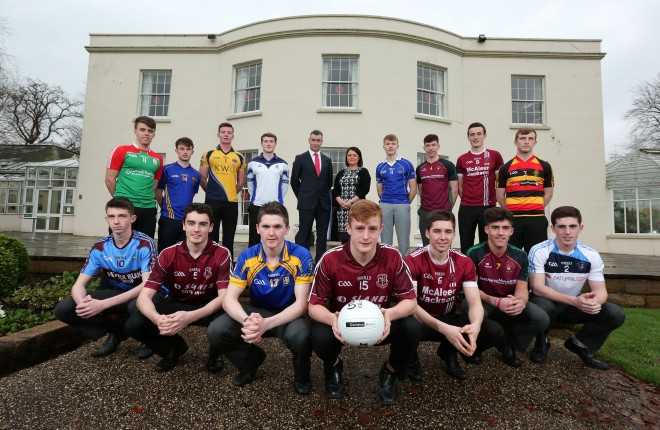 Dom Corrigan’s men were drawn to face the winners of the preliminary round meeting of St Patrick’s Armagh and St Paul’s Bessbrook.

St Michael’s lost to St Patrick’s Armagh in their penultimate game of the group stages. With St Pat’s close to exiting the competition at that stage, their greater hunger for the points on the day saw them. St Paul’s were MacRory finalists in 2013 and boast a fierce team ethic.

The MacRory cup quarter-final is slated to be played between Wednesday 10th February and Sundau 15 February 2016.

There was a further fillip for the Drumclay school this week with the news that their highly-rated number ten Tiarnan Bogue was to be recognised with an Ulster Colleges All-Star. The Tempo man, who usually operates around the centre of the field for his club, fought off tough opposition over the course of the MacRory trials to secure inclusion among the cream of young Ulster talent. Indeed St Michael’s could potentially have had two players on the panel with attacking ace Lorcan McStravick believed to have been close to making the cut.

“We certainly aren’t going to be in the quarter-finals just to make up the numbers,” said Bogue. “The squad has started to gel and are now playing with a lot more confidence.”