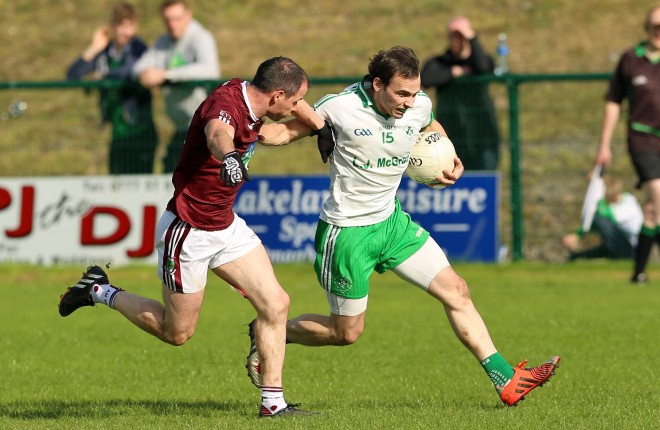 Tempo and St Joseph’s battling it out for senior championship survival.

To take a famous saying from a popular TV show, winter is coming and no sign of club football finishing any time soon. Much has been said and written about the fixture backlog due to the counties success this year.

I do not envy the task faced by the fixtures committee within the county and many other counties as the reluctance of Croke Park to make any significant changes means they are passing the buck to the counties to resolve an impossible problem of trying to work around the pressures from county teams and club players to gain game time.

I have served my time with both sides and it know how hard of a job it is to please everyone.

As a county player so much commitment and sacrifice is made to ensure you are in peak condition to try and achieve your goal in the championship that year and a pile of games around this time is not what you need.

But nowadays many club players and teams make huge commitments for the season and they need to be shown the same respect with game time.

But this a problem as I have said that needs sorted from the powers that be up in Croke park. In saying that all the blame can’t lie with to Headquarters.

Winter is upon us and we are playing out leagues games.

My club, in particular, are in a relegation battle. When the county board committee met at the start of August to discuss what to do about the backlog of league games, a solution was settled on that didn’t seem to shorten the season by much.

At the end of the meeting they ended up deciding to divide the league and run off a two tier league. From that very meeting it took 10 weeks to then play the first game of this new proposal.

The ludicrous championship relegation games reared their head. Games between teams that could be potential division one league winners playing to avoid intermediate football.

When this meeting was under way every player I know was on social media and they were making it very clear that they would by far have the Garrison proposal of finishing up the league and bringing the two teams up and playing each other once next year. But somehow even though it was said each club was consulted on what their players wanted, they ended up choosing one of the other two options.

I am not simply thinking this way because my club is in the relegation battle at the bottom. Even recently the teams in the top half of the league had sent in a proposal of shortening down again the top end of the league.

Club players aren’t been lazy or ungrateful to the county for providing games but they do not want to be playing games in late November.

Motivation will be at a very low level, how many weeks can you ask a player to train in the summer months without any competitive action, then expect them to be happy then slogging out games in November.

Surely the players that are playing the games should have been listened to when a solution was been sought. If you asked every club player if they minded playing games this late in the year, I would be shocked if you found more than a handful who would enjoy it.

It seems you are always facing a feast or a famine. You’ll be fed, but you’ll not know when, and by the time it comes the food is well and truly cold, with that the appetite has well and truly gone.