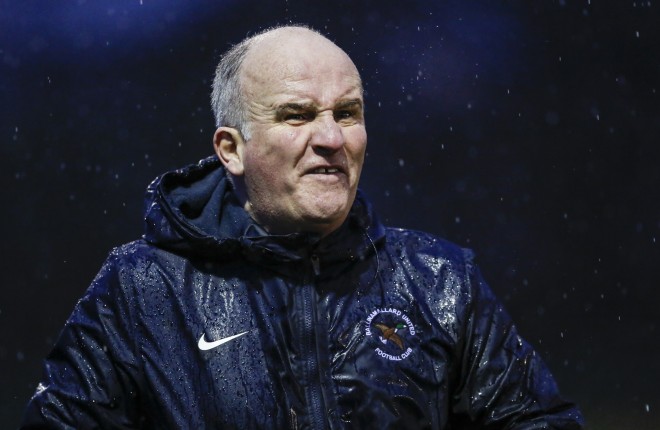 The big games keep coming for Ballinamallard as the club travel back up the M1 this Saturday to take on second from top Cliftonville.

“Cliftonville are the in-form team at the minute along with Coleraine so we’ll deal with Wednesday night’s cup game and we’ll analyse things then. I’m confident that with the squad of players we have that if we get things right on the day we can get a result up there.”

To do that Ballinamallard will have to do what many sides have failed to do against Gerard Lyttle’s side and that’s hit the back of the net. No team has kept more clean sheets this season than Cliftonville, with league leaders Crusaders level with them on nine shut outs this year.

“You just have to make sure you capitalise on any chances you get,” said Anderson. “Whether it comes from a mistake by them or as a result of our good football, when you get that opportunity you have to take it.

“We mightn’t get a lot of chances up there, but when you get one you have to take it. It’s nothing more complicated than that. That’s what we’re going to have to do on Saturday. If we get a chance or two in the first half or whenever it may be we’ve got to take those chances.

Anderson will be bolstered by the return of suspended pair Alvin Rouse and Liam Martin. The only doubts are Stefan McCusker with injury and Michael McCrudden who is absent through personal circumstances.

“Alvin commands a lot of respect and then Liam’s a good wee player,” said Anderson. “We’ll need both of them in there and I’ll be happy to get them back to be honest with you.”