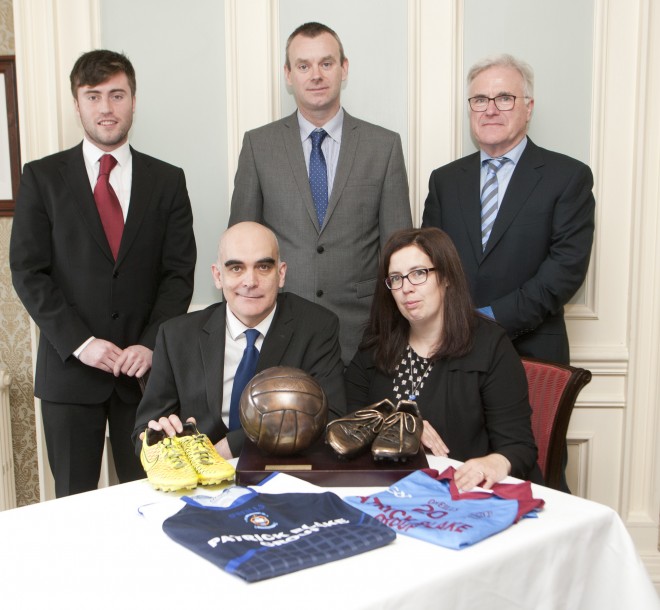 The trophy for the Oisín McGrath Cup football blitz was inaugurated last Wednesday at Blake’s of the Hollow in the presence of Oisín’s parents, Sharon and Nigel.

“We are delighted to be here at the launch of this special piece of artwork, the Oisín McGrath Trophy, because we feel it is a beautiful and fitting tribute to Oisín and that his spirit will live on in the hearts and minds of many because of it. The powerful use of Oisín’s actual boots and the Gaelic ball that were both such a big part of his life has captured the essence of our beautiful son. He was an all-round sports person but Gaelic football was his true love and that’s all he wanted to play,” said Mrs McGrath.

“It is so important to keep raising awareness of how imperative organ donation is, in helping to save lives and in allowing people to lead normal lives. We encourage everyone to have the conversation with their families around organ donation and to make their wishes known.

The other message is in promoting youth participation in sports. We believe that all children deserve a chance and should be encouraged to take part in sport and exercise and we would like to keep the motto of ‘With Hard Work There are No Limits’ ringing in their ears.”

The inaugural Oisín McGrath blitz will take place on Friday 16th October in the MUSA commencing at 10.30am.

The quarter finals are scheduled for the week beginning Monday 2nd November.