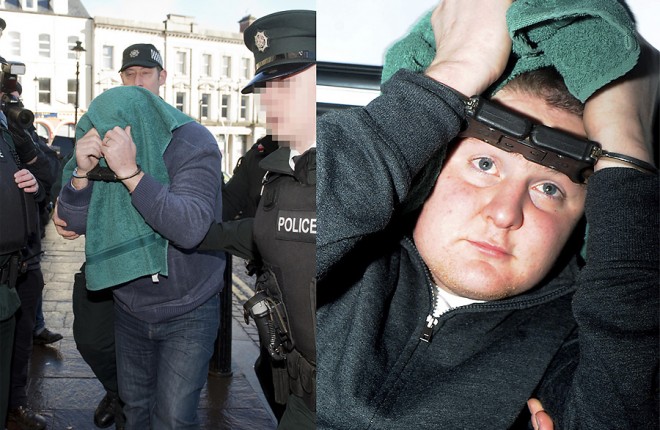 Patrick McGinley and William McGinley have been granted bail

THE two men accused of murder at a wedding in Newtownbutler earlier this year have been granted bail – on the condition that they live at an address in Enniskillen.

Patrick McGinley, 46, of Lisfarrell, Edgesworthstown, Co Longford and his son William, 26, of the same addressed are charged with murdering Patrick’s uncle, 63-year-old Bernard McGinley, who was shot dead while he attended a wedding in the Fermanagh town on February 11.

William McGinley is also charged with attempted murder of the victim’s son, Bernard McGinley Jr, on the same date.

The pair appeared for a bail application review in front of Enniskillen Magistrates Court on Monday via videolink, where it was also revealed Gardai in the South may potentially have recovered the murder weapon.

The court heard police were objecting to bail on the grounds both men were a flight risk and they were at risk of reoffending, due to an ongoing family feud.