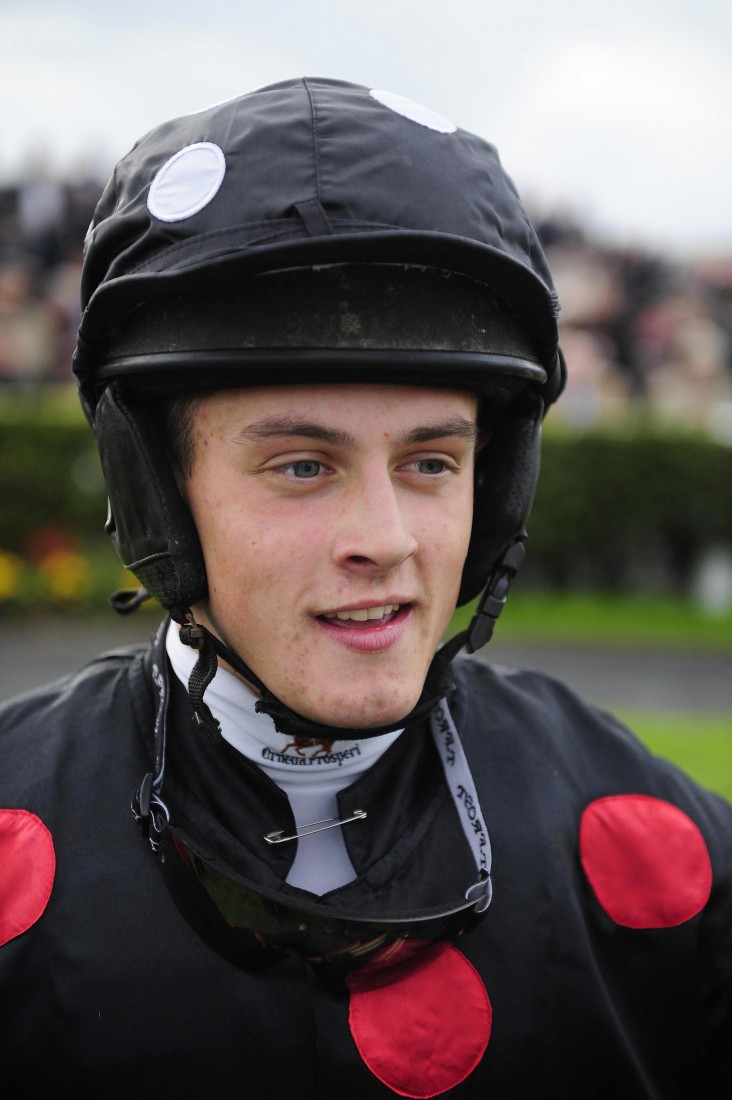 ON TUESDAY, 21-year old Donagh jockey, Ryan Treacy underwent a two-hour operation in Dublin’s Tallaght hospital to repair pelvic injuries he sustained in a horrendous fall in the Tote Galway Plate last week.
His mount, Foildubh and another horse both fell and were fatally injured.
Ryan’s dad, Sean – his family are well-known in the pub trade in Lisnaskea – told the Herald on Monday that his son was ‘in a lot of pain’.
“He dislocated his collar bone and he’ll be operated on tomorrow to remove fragments of the pelvic bone. I was asking a nurse about it today and she told me it would be a two-hour operation.”
Ironically, it’s not the worse fall that Ryan – a ‘Fermanagh Herald’ sports personality award winner – has had since turning professional four years ago.
“In a fall last year”, his father explained, “he sustained head injuries and he was out for 4 months. In fact, he was really only getting back to form when this happened him.”
Indeed so for, the previous week he won at Balinrobe in county Mayo and, the week prior to that, he scored at a meeting in Bellewstown.
But, the unfortunate Foildubh (’black blood’) was the one that the Ryan family were pinning their hopes on, as Sean recalled.
“Ryan was their stable jockey and Foildubh their top horse. The horse that won, ‘Shanahan’s Turn’ was beaten by 10 lengths by Foildubh in his previous race, although I know you can’t always go by that.”
Ryan was treated at the scene by the Turf Club doctor, Dr Aidan McGoldrick before being transferred to Galway Regional Hospital and, later, from there to Tallaght Hospital.
Ryan’s father had nothing but praise for Dr McGoldrick (”he was absolutely fantastic”) and the Ryan family.
“John (Ryan) and his wife have been absolutely fantastic to Ryan.
I know humans and animals are different, but this was their top horse. Ryan himself was absolutely gutted with the loss of his horse, even with the injuries he sustained.”
But, as for any misgivings he might have about Ryan’s chosen career, Sean Treacy was adamant that Ryan would carry on as a jockey.
“That’s the risk. It happens. His girlfriend, Gillian has been with him every day since he was admitted to hospital on Wednesday last, and all Ryan’s friends in the racing world have been calling in to see him.”
And, that’s not forgetting his family, his mum, Una in New York and his sister, Colleen and the extended Treacy family.
Mr Treacy expects his son to be a wheelchair user for a while after discharge from hospital, but, eventually, to be back up in the saddle.