Advertisement
HomeSportGAAFermanagh coast past Saffrons into third round of qualifiers
Advertisement 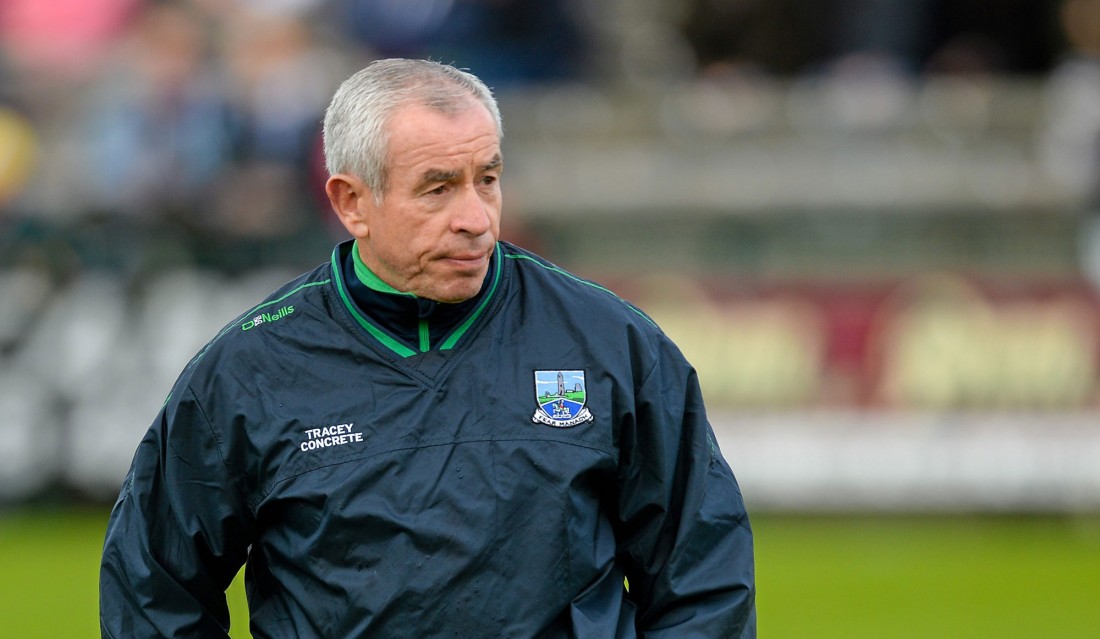 A resolute defensive performance and an other-worldly performance from Sean Quigley has eased Fermanagh into the next round of the qualifiers.

Fermanagh were well on top by the break and they as went up through the gears in the second half, Antrim simply had no response. And when Marty O’Brien drilled home his goal in the 54th minutes it was all over bar the shouting.

There was an epic dump of rain before the throw-in and perhaps that contributed to a more open game than one would ordinarily expect between Ulster sides.

Sean Quigley got Fermanagh off the mark after 56 seconds, reading the ball in well and easing over from 30 metres out.

Mickey Pollock fired over an instant response for Antrim clipping over from close range.

A minute later Tomás Corrigan collected a fine ball in from Paul McCusker and beat his man before pumping over.

Sean McVeigh was in fine form in the early stages and won the kick out and worked the ball to Mickey Pollock who sent over his second of the game.

Mark Sweeney then turned Fermanagh’s kick out and recycled possession to Owen Gallagher who sent over a nice shot from the left wing to put the Saffrons in the lead for the first time.

A minute later great vision from Paul McCusker set Barry Mulrone up a point  from play and the hosts were back into the lead.

Sean Quigley then sent over a left foot shot from the left wing with a flourish of exquisite skill.

As the game moved into the second quarter the Roslea marksman made it double scores with a handy free after Paul McCusker was fouled.

With 20 minutes gone Paul McCusker finally got a deserved score after being beautifully picked out by freshly introduced sub Declan Kille.

Fermanagh then piled on the pain with Niall Cassidy curling over after Antrim failed to clear the danger.

With seven minutes to the break a sumptuous 45 from Sean Quigley put two goals between the sides and Fermanagh in cruise control.

The game took a short-lived turn in the visitor’s favour when Niall McKeever was introduced as a 28th minute sub. The Portglenone man made an immediate impact with a superb point, Antrim’s first in 23 minutes of football.

Antrim captain Justin Crozier then added a monster of a point and Antrim were finishing the half with their tails up.

However Fermanagh managed to tag on a couple of important points. First Sean Quigley added his seventh point of the day after Tony Scullion had seen yellow then Quigley landed a 45 before the break to put two goals between the sides at the interval.

And it could have been better for Fermanagh two minutes before Barry Cassidy’s short whistle. Sean Quigley had slipped the ball on to Barry Mulrone who sent Paul McCusker through on goal, but Chris Kerr made a great stop. Quigley landed the 45 at the second time of asking.

If Antrim had any hopes of a good start to the second half, they were quickly disabused of them after Sean Quigley dropped a point onto the roof of the Antrim net with the first kick of the second half.

It was an announcement of a bravura 35 minutes from the Roslea man.  He put eight between the sides two minutes into the half before Mark Sweeney swept over an impressive point from 35 metres.

CJ McGourty screwed over a tricky placed ball effort from the right wing to cut the deficit, to two goals again, but Fermanagh were visibly turning the screw.

Quigley fisted over a long ball in before Daniel Kille showed what he is capable of, being heavily involved as Fermanagh patiently recycled for the score. Double scores again and eight in it.

With 20 minutes left Antrim’s only real threat now, CJ McGourty wrangled over an extremely difficult shot as he was falling.

Quigley answered with a great fetch and tap over on 53 minutes, the most telling aspect of the score being that he was left just man on man with his Saffron marker.

Then a minute later came the nail in Antrim’s championship coffin. Marty O’Brien took possession and keeps just kept going before volleying home to Chris Kerr’s left for the first goal of the game and O’Brien’s third of the season.

CJ McGourty clips over from close range a minute after, but it was a straw in the gale. Another beauty from the boot of Quigley close to the endline on the right wing put 11 points between the sides before Chris Kerr showed he could hit a sweet dead ball, landing a nice 45.

Conall Jones was introduced with ten minutes left and his first action was to win the kick out, his second was to fire over a lovely score.

Sean Quigley added yet another dead ball with two minutes left to make it 1-20 to Fermanagh before being subbed off to a hero’s reception by the Brewster faithful.

Sean McManus pointed with the last kick of the game before Cassidy blew for full-time to put Fermanagh in to the pot for tomorrow morning’s qualifier draw.

Following victory over the Saffrons, Pete McGrath’s men are now in the pot for next Saturday’s round of qualifiers, possibly the busiest weekend in the championship summer.

The draw takes place live on Monday morning on RTÉ Radio 1 after the 8.30am news. Fermanagh’s potential opponents are Kildare, Longford or Roscommon with the first name out of the pot having home advantage.