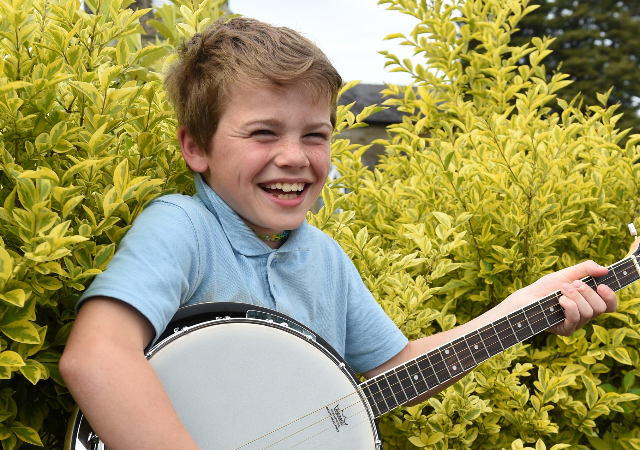 THE organisers behind this year’s Fermanagh Fleadh have really pulled out all the stops.

On Sunday past, the (June 7), the Fleadh was officially launched with mass in St Mary’s Church, Newtownbutler and a launch session in Crom Castle’s West Wing.

Last night (Tuesday), a history of the Comhaltas was held in the Community Centre.

“We had the launch mass on Sunday morning,” explained Sinead Crudden, chairman, “Canon Murphy officiated and it was beautiful. There was music played by the children and then we went out to Crom at 5 for the official launch which was opened by Eamon Graham who’s the chairman of the Ulster Comhaltas.

“We had four guest musicians: Catherine Mulligan, Owen Maguire, Nadia Markey and Darren Breslin. Viscount Crichton actually came and made a lovely speech – he said he was delighted that we were using his home and how lovely it was to have musicians from the traditional music background there.”

And, from tonight onwards (with a quiz in Mulligan’s Bar), the pace of the Fleadh picks up.

Included in the line-up for the weekend are competitions in the Parish Hall and playschool from 10am; a gig rig in the play park from 2pm; youth session (venue to be confirmed) from 4.30pm to 6.30pm; and Fior Celi in the Parish Hall from 9pm.

Competitions take place on Sunday from 10am in St Mary’s Primary School and the community centre, there’s a street parade from 2pm and gig rig in the play park from 3pm.

In what may be the biggest event of the weekend, the Whistlin’ Donkeys perform in the Parish Hall from 9pm on Sunday night.

Ms Crudden went on: “Everything we’re doing this week is cross-border and cross community.

“We were very aware that when we were booking stuff we wanted to make sure that it was open and relevant to everybody.

“We’ve used every venue in the town – the community centre, the two pubs, the parish hall. There’s something for everybody – whether you want to watch it or take part.”