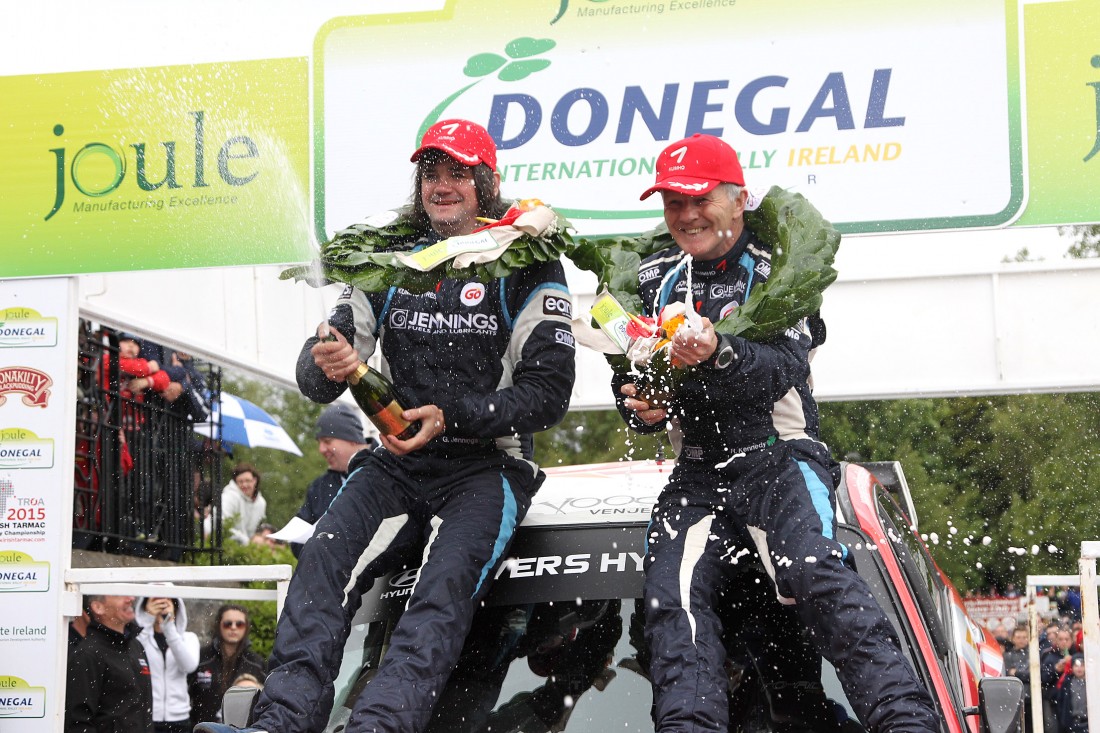 Kesh man Garry Jennings swept to victory in the Joule Donegal International Rally over the weekend.

In just his first run out this season Jennings took his Subaru WRC to a well-deserved win with a relentless drive which saw him 67 seconds clear of his nearest challenger.

Jennings had a 48 second cushion heading into the third and final day of racing in north Donegal and he didn’t spare the horses as he extended his lead by a further 20 seconds to claim a resounding victory.

“This time I was the underdog and not as much pressure,” said Jennings. “However it was still hard going and the last special stage was mega.”