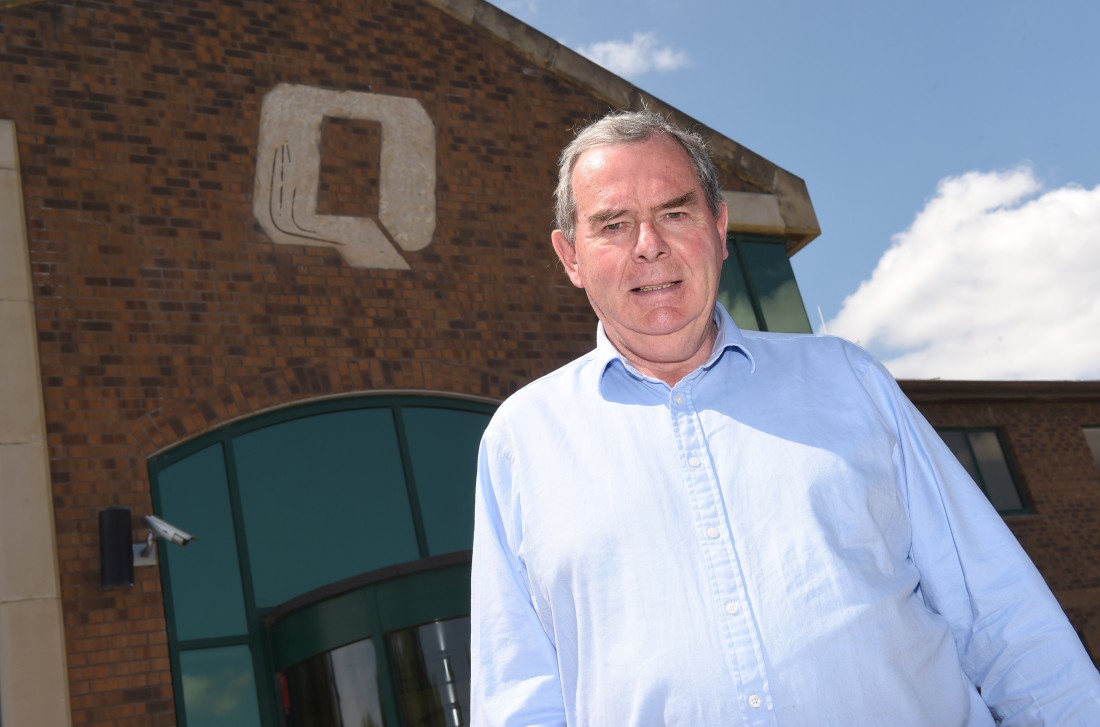 IN his new role as a consultant for Quinn Industrial Holdings Ltd which includes businesses that he formerly owned, Sean Quinn is ‘working hard every day’.

The Teemore man may be in the midst of legal battles – but indications from the headquarters of the new company are that he is hungry and driven to move the business forward.

CEO of QIH Ltd, Liam McCaffrey, wouldn’t be drawn on how much Ireland’s former richest man was making in his new role, but was full of praise for the work that he is putting in.

“He’s in practically every day and he’s working hard to move the business forward and as I say his customer base and his knowledge is unrivalled,” Mr McCaffrey told the Fermanagh Herald, “You just have to look around here to see what somebody with his experience can bring to the party.

Asked whether there was a difference in the way in which customers and such approached Mr Quinn since his ‘second coming’ at the turn of the year – when the locally-managed company took charge, Mr McCaffrey was noncommittal.

“There may be in some of the initial meetings and what not maybe everybody is has a little bit of tension or is a little bit nervous about new roles and how things have changed in what’s happened over the past number of years but when you strip that away and you get down and you start to talk about business, the years sort of roll back.

“All the other stuff – it’s hard to airbrush it out of the way and that’s not going to happen – but it does fade into the background. You’ve got customers talking about their business, they want to hear what he has to say.”

And are they impressed by what they hear?

“Of course they are. He didn’t build all of this being a nincompoop. He maybe lost his way a little bit in terms of share dealings over the past 5 or 6 years but all of these business always made money, they were always very good businesses, well-planned, well-thought out and well-executed operationally and that was down to his drive and commitment and I think people can clearly see that now in any meetings that we have ever been involved in.”