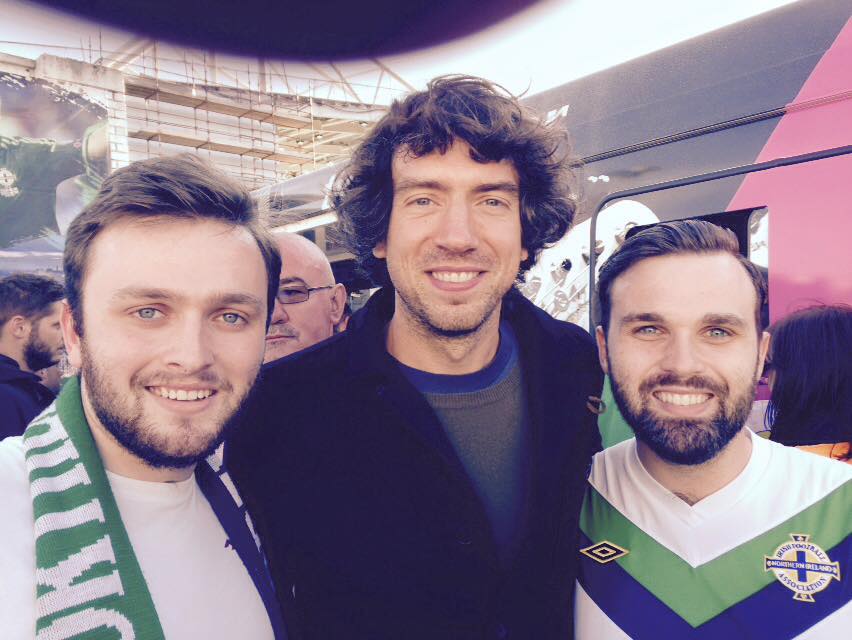 If you were keeping an eye on Twitter over the weekend, Snow Patrol frontman Gary Lightbody seemed to spend a large chunk of it taking photos with fans – so it’s no surprise a pair of Fermanagh brothers got in on the act.

Brothers Ally and Andrew Irwin, from Monea, ran into the 39-year-old from Bangor at Saturday’s Euro 2016 qualifier between Northern Ireland.

The ‘Chasing Cars’ musician spent time training with the Northern Ireland squad prior to the game and also attended the marriage equality march in Belfast on Saturday.

We’re not sure if the brothers mentioned a gig in Fermanagh on their next tour… but we’d certainly be up for it.