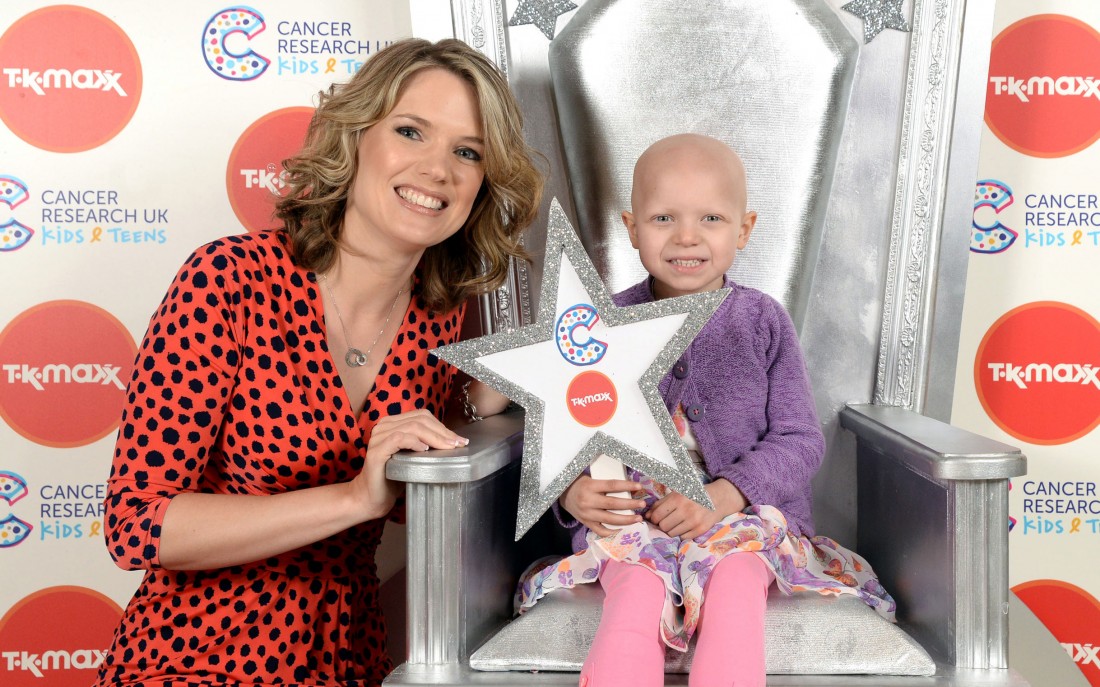 Four year old Eloise Singleton was a guest of honour at the stars and space themed Cancer Research UK Kids and Teens Star Awards party, held in partnership with TK Maxx, at The Roof Gardens in Kensington, London.

A BRAVE girl from Irvinestown who is being treated for cancer was given an out of this world experience at a special party held to salute the courage of all youngsters coping with the disease.

Four year old Eloise Singleton was a guest of honour at the stars and space themed Cancer Research UK Kids and Teens Star Awards party, held in partnership with TK Maxx, at The Roof Gardens in Kensington, London.

The cosmic celebration, featuring a host of famous faces, was organised to help raise awareness of the charity’s ground-breaking work in the field of childhood cancer research and the urgent need to boost funds.
Eloise, who was diagnosed with Ewings Sarcoma, a form of bone cancer in June 2014, was one of 20 children from across the UK who came together as special ‘ambassadors’ to represent the 620 children who received Kids and Teens Star Awards in 2014/15.

But her dream came true when she met her idol, CBeebies – Mr. Maker and received a VIP invitation to his live show.

The first indication something might be wrong was when Eloise’s mother notice she had difficulty walking up a hill on her way home from nursery school. Following her diagnosis, she started chemotherapy, which made her hair fall out and she was so ill she was hospitalised after each session for at least a week every time.

Mum Claire said: “She faced her hair loss with typical good humour. As she held each clump of her once long blonde hair she beamed a huge smile and said it must mean the medicine is working – then remarked that the clump of hair looked like a guinea pig.

“Each clump of hair that came out after that was greeted with ‘oh look, another guinea pig.’”

Eloise had surgery in Birmingham in December to remove the tumour and has been given a prosthetic femur.

“She has a lot of work to do to walk again,” adds Claire, “and she may need to have a hip replacement in a few years’ time.

“Eloise had such a fantastic time at the party and loved meeting everyone. Mister Maker from cbeebies and Only the Young were her favourite.

“We were so grateful for the opportunity to go to the party. It is an experience none of the family will ever forget.”