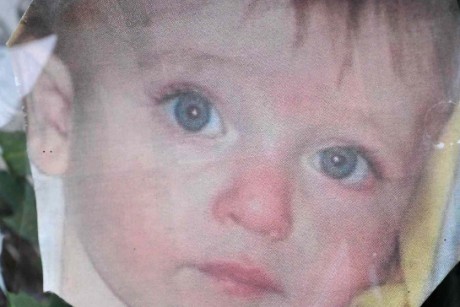 A TRILLICK man jailed for murdering his ex-partner’s 15-month-old daughter has failed in a bid to have his convictions overturned.

Barry McCarney challenged verdicts that he was guilty of killing Millie Martin as well as subjecting her to a sexual assault and grievous bodily harm.

But senior judges threw out the appeal after rejecting criticisms about the handling of applications for no case to answer at his trial.

Alleged failures in how the jury was directed were also dismissed.

Lord Justice Higgins said: “We do not consider that any of the matters relied upon by the applicant rendered his trial for the murder of Millie Martin to have been unfair.”

McCarney, 35, was ordered to serve a minimum 25-years of a life sentence imposed for killing the toddler.

She died in December 2009 after being admitted to hospital in Enniskillen, with serious injuries.

The child had sustained multiple fractured ribs, heavy bruising and a burnt finger.

McCarney, formerly of Trillick had started a relationship with Millie’s mother, Rachael, and moved into the family home in Enniskillen months before her death.

Although he was found guilty of murder, no verdict was entered on a separate count of causing the death of a child.

Rachael Martin was acquitted at trial of allowing her daughter’s death and cruelty through wilful neglect.

McCarney’s legal team argued that he was denied a fair trial.

Their case was based around interpretations of the Domestic Violence, Crime and Victims Act 2004 which featured in the case.

Central to the appeal was a perceived dichotomy between the charge against him of causing Millie’s death, and the claim – rejected at trial – that Rachael Martin failed to protect her daughter from a risk of serious physical harm in an alleged unlawful act of which she was aware.

It was contended that McCarney was wrongly precluded from applying for a direction of no case to answer on the murder charge at the close of the prosecution case.

Other grounds of challenge included a claim that his trial was rendered unfair because the preceding investigation focused only on him when there was a pool of two suspects.

But Lord Justice Higgins, sitting with Lord Justice Coghlin and Mr Justice Horner, held that the trial judge had been “scrupulous” in ensuring proceedings against McCarney were fair.

He also pointed out how the defendant declined to give evidence, unlike his co-accused Rachel Martin.

According to the judge the central argument in the appeal involved the inclusion of the second count of causing the death of a child and its impact on the timing of an application – never made – for no case to answer on the murder charge.
Disimissing the challenge, he said: “We have considered the incorrect inclusion of Count 2 and its effect in deferring the consideration of whether there was a case to answer and are not persuaded that the verdicts in this case are thereby unsafe.

“Nor do we have any sense of unease about their correctness.”

McCarney, who appeared by video-link from prison to hear his appeal being thrown out, is now expected to press ahead with a bid to have his jail term reduced.