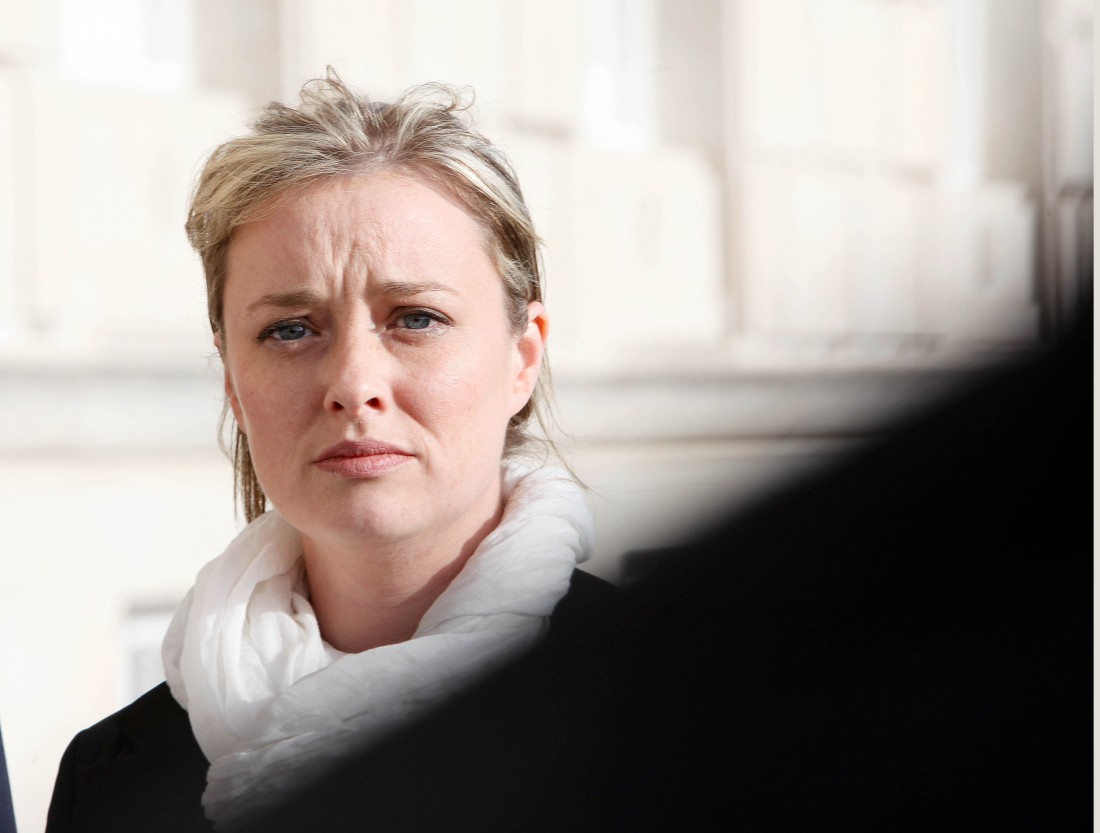 Mairia Cahill has spoken out against comments made by Michelle Gildernew

AN ALLEGED IRA rape victim and former friend of Michelle Gildernew has launched a scathing attack against the MP over her comments about republican sex abuse victims accusing her of “patronising”, “insulting” and sending out a “dangerous message” to abuse victims.

Mairia Cahill has called for the Sinn Fein MP to apologise for comments she made to the Fermanagh Herald in which she claimed that sex abuse victims were “used to further someone else’s agenda” and added that victims were “wheeled out to make a case … until they have served their purpose”.

Ms Cahill was at the centre of a sex abuse scandal when she challenged Sinn Fein over how it handled her claims against a well-known republican. Her allegations were made during a BBC Spotlight investigation last year.

The 34-year-old, who says she was once a friend of Ms Gildernew’s and attended her wedding and hen night, accused the MP of putting political allegiances above “the abuse of children”.
“Michelle Gildernew’s (comments) were extremely patronising, and in my view a very dangerous message to send to abuse survivors,” she said.

“I was not wheeled out to serve anyone’s agenda – far from it. It is in breaking the silence that things start to change for the better.

“I knew Michelle. I stayed in her house on more than one occasion. I attended her hen night and her wedding and knew members of her family also. I would have expected much better from her as a woman, as a person, and as a human being. It appears, though, when politics is as stake, people put their political allegiances over and above the abuse of children.

“I find that incredibly disturbing and incredibly sad. If she was a decent human being she would apologise.

“I think her comments were crystal clear about who she was talking about, she was to the forefront of women’s issues within the party and was involved with myself on a working group in putting together a womens’ document.

“I took the decision myself to go public, it wasn’t an easy decision and I weighed it up and as a result Sinn Fein was forced into a position in which they had denied originally they had to admit it. I think Sinn Fein needs to apologise to every abuse victim they have insulted over the last while.”

In response to Ms Cahill’s criticisms, the Sinn Fein MP said that republicans have failed victims of abuse.

She added: “The issue of sexual abuse has caused a great deal of pain to many in our society across Ireland.

“As a society, we all have to acknowledge that victims of abuse have been failed in the past, including by republicans.

“Anyone who has any information whatsoever about any child abuse should come forward to the authorities North or South and they will have the full support of Sinn Fein in doing so.

“If, for any reason, victims are reluctant to speak to the police there are a number of statutory and voluntary organisations, which offer confidential 24-hour helplines through which abuse can be reported.”

Ms Cahill called for Sinn Fein to apologise and “admit to what happened” about her alleged sex abuse claims.

“I take the point where she said it could have been handled better but while she says that she continues to insult the people who have come forward and that’s typical Sinn Fein speak.

“Does she accept that I was brought into a room to face my abuser. That’s the crux of the issue.

“I recognise she is a hard worker. She is extremely affable, and very, very likeable but I think then coming from someone like that these comments are doubly hurtful.

“We were friendly and I would have both confided in her and looked up to her.”